Donate
You are here: Home / News / FirstPort / You and Yours features Campaign against Residential Leasehold Exploitation and OFT inquiry into leasehold management 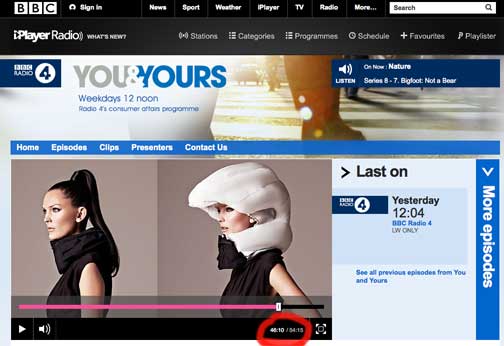 The influential BBC  Radio 4 programme You and Yours yesterday featured retirement leasehold.

This is an area of “most concern” according to Douglas Cooper, of the Office of Fair Trading, which is carrying out an inquiry into leasehold management.

The programme can be heard here and the item begins 46 minutes into the programme.

You and Yours interviewed veteran Campaign against retirement leasehold exploitation activist Susan Wood, who was one of the whistleblowers over the Peverel / Cirrus price-fixing scandal.

She also disputed the £1,000 exit fee paid on her father’s McCarthy and Stone flat in Sheffield.

Although unsuccessful, Sue’s case meant that the Tchenguiz Family Trust had to send a barrister from London and Campaign against retirement leasehold exploitation now has his full argument of why this scandalous little earners are justified. (The OFT thinks that they are “likely” to be an unfair contract term, but won’t do anything about them.)

Sue reported her experiences of selling her father’s flat: noticing that the notional rent of the house manager’s flat bore not relation to the Sheffield market; paying service charges for six months on an empty flat and then getting stung for an exit fee.

Douglas Cooper, of the OFT, said that retirement leasehold was a particular area of concern. The OFT is aware that residents are finding the existing redress schemes flawed and it is difficult to leave a development once you have moved in.

Sue Wood’s family was extremely lucky as they sold the flat within six months and it had not lost much of its capital value.

Sebastian O’Kelly, of Campaign against retirement leasehold exploitation, was also interviewed and expressed cautious optimism over the inquiry by the OFT (from April the Competition and Markets Authority).

He pointed out that the OFT had carried out two unsatisfactory inquiries in retirement leasehold in the past (the July 2012 inquiry into exit fees, which resulted in a very unremarkable deal with Tchenguiz to reduce subletting fees in some circumstances; and the utterly shameful inquiry into Peverel / Cirrus’s price-fixing which reported in December).

Sebastian pointed out that financial losses can be far more than those experienced by Susan Wood. Some families in upscale retirement sites have lost up to £100,000 in fallen market values, charges on an empty property and other fees.

(He did not have time to point out that some of these leases are so unbalanced as to be almost valueless.)

It was useful to have the issue of retirement leasehold aired on You and Yours and we were very grateful for the opportunity.