Donate
You are here: Home / Latest News / DCLG shakes up leasehold team … but what about Southam, LEASE and the Mundy case, asks Bottomley

Oh … and there is YET ANOTHER review, this time on ombudsmen services 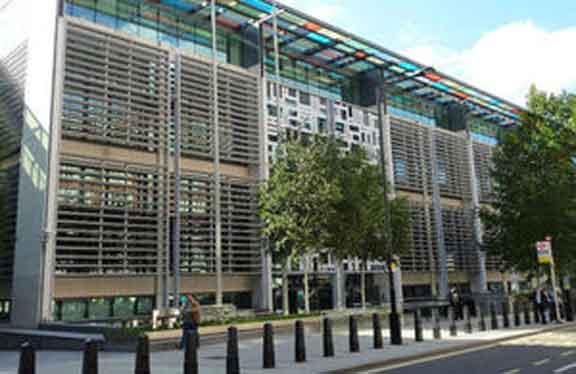 The DCLG has shuffled the civil service leasehold team: perhaps ahead of making some important changes to the sector.

Perhaps to steel themselves for the fallout if little or nothing is done.

In any case, the current incumbent ¬– who demonstrated very little interest in addressing leasehold abuses – is off somewhere else, and another has arrived.

The leasehold team is being expanded.

Is this a good thing or bad thing for leaseholders?

On balance, good, as new blood and perhaps some vigour would be welcome.

Sir Peter Bottomley, meanwhile, wants to know who is dealing with the issues he has raised over Roger Southam, the conflicted chair of LEASE, and the freeholder-rigged lease extension racket exemplified in James Wyatt’s Mundy case.

Meanwhile, there is another “review” just announced concerning the setting up of a single Ombudsman across all housing issues.

Government to consult on a single Ombudsman across all housing issues

The government says it is going to look at “bold options” to improve consumer redress across all aspects of housing – and that includes considering having one Ombudsman-style service for agencies instead of the current three.

This is probably a sensible move that would require, perhaps, a full afternoon’s consideration.

Ombudsman services are much favoured by game-players in the leasehold sector – and others – as their rulings are anonymous.

ARMA is now having to resort to ombudsman services as its own hugely expensive efforts at self-regulation have fallen apart.

In part this was due to a hugely costly legal action initiated by an aggrieved member disputing the regulatory process.

Then ex-Labour minister Sally Keeble resigned as the ARMA regulator because she could not hear a complaint concerning Warwick Estates at a site where there was a fatality.

Mrs Keeble claims she had “a properly constituted regulatory panel” in place when ARMA decided to scrap the process.

“ARMA’s system of self-regulation of the residential management industry was an important step that should have provided greater protection for the public and for the many firms which aim to provide good services in a fiercely competitive commercial setting. It filled a vacuum left by the lack of statutory regulation of the sector, and was a brave initiative.

“However, any such system must have sufficient independence and robustness to withstand industry pressures and be able to deal with the most serious cases, including one that tragically involved a fatal accident.”

Coincidentally, Warwick Estates was up before the RICS disciplinary committee last week over the same issue, but it was adjourned.

This is not a good sign. The case against Benjamin Mire, of Trust Property Management, was adjourned and later dropped: RICS had convened its disciplinary process to take place on three days including a Friday which conflicted with Mr Mire’s religious observations.

A few months later RICS admitted its farcical process had fizzled out.

Ministers are unlikely to get much more than a damp raspberry if they think tinkering with the ombudsman services is going to excite aggrieved leaseholders.