Donate
You are here: Home / News / DCLG told ‘incentive to remain an honest managing agent gets less with each passing year’ 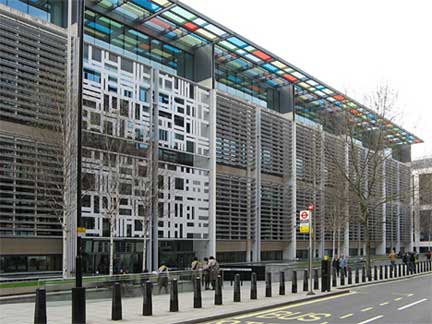 Four senior managing agents met officials at the Department of Communities and Local Government on Tuesday to urge changes to the leasehold sector.

Leases should be of indefinite length, ground rents should be abolished or minimal and the hundreds of millions of pounds controlled by managing agents need protection. They should also not be owned or controlled by the freeholder.

Cherry Jones bluntly states in her submission: ‘the incentive to remain an honest managing agent gets less with each passing year’.

All but Urban Owners are accredited to the Leasehold Knowledge Partnership, which organised the meeting.

The managing agents all have track records of serving the interests of leaseholders.

Rob Plumb, of HML Holdings, which manages 60,000 flats, has presented to MPs at LKP roundtables, and Alan Coates, of HML Andertons – the largest part of the HML Holdings group – has given hours of his time helping leaseholders who have contacted LKP with complex management issues. Eighty per cent of HML’s business comes from leaseholder controlled blocks.

Steve Wylie’s Urban Owners has created more than 400 RTM companies, of which around 2 per cent have been contested in tribunal. This is an astonishingly high figure, given that there are only around 4,500 RTM companies in the country.

It means that Urban Owners may be the largest single provider of RTM in the country.

Cherry Jones, of Home from Home, singlehandedly challenged housebuilders in Swindon to hand over residents management companies that had been stalled for years … and got the two local MPs to back her efforts.

Rob Pumb, an accountant and former CEO of a bank, said: ““Leasehold is an inheritance from a feudal past: that we cannot climb out of it is a huge frustration to me.

“Leases should always be written so that the leaseholders are in charge of their building.

“Instead, leases continue to be written with clauses empowering freehold landlords with the ability to make decisions that financially reward the freeholder but are paid for by leaseholders through a service without the leaseholders having the ability to contest those charges

“Freeholders are able to earn insurance commissions on the placing of insurance without providing any services at all (e.g. work related to underwriting information, premium collection or claims management).

“No qualification or accreditation is required to practice as a managing agent, who hold – sometimes significant amounts of- client monies in trust.

“As a former banker I am astonished at the sums of money controlled in a sector where there is not a disciplined profession of property managers.

“It is a miracle that there have not been more problems with millions of pounds of clients’ money.”

These issues were reinforced by Alan Coates, of HML Andertons, who also referenced “Three party leases where there is no clear and simple removal of manager clause”.

The issue has added seriousness as Chainbow is owned by Roger Southam, who is also the current chairman of the Leasehold Advisory Service, the quango that was set up to protect leaseholders.

Steve Wylie analysed the state of right to manage under sections The Good, the Bad and the Ugly.

The Good referred to RTM broadly working with far fewer issues than in blocks controlled by freeholders. This was a finding of the CMA.

The Bad concerned qualifying buildings: the confusion over multiblock RTMs following the Triplerose Court of Appeal case; the arbitrary 25 per cent commercial property excluding RTM; the exclusion of leasehold houses from the right to manage.

This wastes the tribunal’s time, and taxpayers’ money.

Mr Wylie asked: “Potentially have a list of precedents maintained by the Tribunal such that if a freeholder uses such a reason in a counter claim and takes it to tribunal, the freeholder will be penalised with extra costs.”

Cherry Jones, of Home from Home, told the civil servants: “It seems clear to us over the last 30 years that many leases are designed for no other reason than to benefit the developer and freeholder working with a complicit agent.

“The lack of regulation seems to have allowed many aspects of the lease to become systematically oriented to expanding the profits through increased ground rents, limiting and more importantly delaying the rights to take over the RMC.”

Mrs Jones said: “There is an urgent need to evaluate the wide range of leasehold legislation and limit the many incentives that make unfair profits from the leasehold sector.”

She echoed the sentiments of Steve Wylie concerning the frustration of right to manage by gameplaying lawyers.

HML Holdings plc is a member and it believed: “ARMA Q’s new standards are to some extent, publicising the need for professional conduct in the leasehold market.”

Urban Owners is not a member, while Mrs Jones highlighted the trade body in her presentation.

“To date we have refused to join ARMA as we do not accept they have had the desire or ability to self-regulate the sector.

“We are also of the view that ARMA is mostly funded by the very large agents who make their money from working very closely with developers often to the detriment of leaseholders.

“These purchased companies may keep their original trading name to give the illusion of customer choice.”

Mrs Jones added: “Because leasehold law is so complex and provides so many opportunities to impose costs and fees on leaseholders … the incentive to remain an honest agent gets less with each passing year”.

The full presentations from the managing agents is below: