… but can a workable RMC be installed? 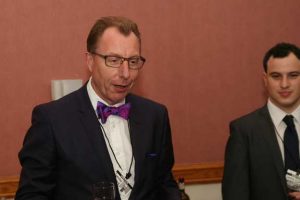 Roger Southam, the head of property manager Chainbow and chairman of the Leasehold Advisory Service, is to surrender control of Mulberry Mews, in north London, to the leaseholders.

Mr Southam, who was made chairman of LEASE last year, owns the embedded management company in a tripartite lease at the site.

Six months ago Mr Southam told the leaseholders that they had no involvement in the company at all. This view was repeated in the clearest possible terms by Taylor Wimpey, which developed the site, as reported on LKP.

However, after the leaseholders raised the issue publicly via the Leasehold Knowledge Partnership Mr Southam decided to hand the company over.

In correspondence with LKP, copied into the housing minister Brandon Lewis, Solicitor General Robert Buckland, and MPs Sir Peter Bottomley, Jim Fitzpatrick and Justin Tomlinson, Mr Southam claims that it was always his intention to transfer the company to the leaseholders.

However, there appears to be no indication that this was the case before the matter was raised publicly by the leaseholders with LKP.

There are considerable concerns about the nature of the company.

Developers such as Taylor Wimpey involve managing agents such as Chainbow at an early stage when selling off the site and they can be closely involved in drawing up the leases.

Other companies, including those working with Taylor Wimpey, have included entirely conventional RMCs into the lease specifying the qualification for shareholding or membership: ie each leaseholder owns a share.

It handed over the embedded company, which it also wholly owned, to the leaseholders last year.

But now the leaseholders are consulting lawyers to reform the company articles and memoranda to ensure that shareholdings cannot simply be sold off and the residents control of the site be lost.

Mr Southam has vigorously defended his conduct at the Taylor Wimpey sites.

He has declined to retract reference to LKP making “”wild unfounded allegation and insinuation”, and said his company Chainbow “acting altruistically” in handing over the embedded management company.

“There has been no game playing or inconsistency, merely the issue of people seeing suspicion where there is none,” he writes. “I have always acted transparently and always will.”

LKP’s questions and Mr Southam’s responses to these issues are published below.