Donate
You are here: Home / Latest News / Taylor Wimpey leaseholders ask: if the management company is ours, how do we oust Roger Southam?

… Should residents involve the Leasehold Advisory Service, given that its chairman Roger Southam also owns the embedded management company? 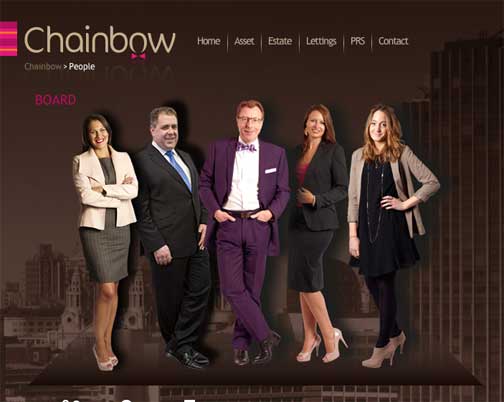 Buyers at an upmarket Taylor Wimpey development in north London, Mulberry Mews, may have thought they were purchasing flats where they would control the site through a residents’ management company.

Instead, they have been left with an embedded management company in the lease, called Aberdeen Lane Limited (08367504), over which they have no control at all.

It is wholly owned by property management company Chainbow whose proprietor is Roger Southam, the chairman of the taxpayer-funded Leasehold Advisory Service.

Furthermore, records at Companies House show that Mr Southam is the director of nine new Taylor Wimpey embedded and / or residents management companies, and he resigned from a tenth in January last year. (Full list below)

On the face of it, residents at Mulberry Mews in Highbury, a mixed site of 72-odd flats, freehold houses and a social housing block have no control whatsoever of Aberdeen Lane Limited, which has responsibility for the management of the site.

Last year both Taylor Wimpey and Mr Southam made this clear to the residents in emphatic terms, as quoted below.

But when LKP raised the issue last week, both Taylor Wimpey and Mr Southam seemed to be suggesting that Aberdeen Lane Limited was indeed a residents management company that would somehow be handed over to their control.

He referenced “wild unfounded allegation and insinuation”, and said: “Not for the first time LKP have the wrong end of the stick.”

Subsequently, he did provide statements for publication, however.

It is not clear at this stage how transferring the ownership of Aberdeen Lane Limited could actually be achieved.

There is no participating membership for the residents stated in either the lease, or the company articles of association.

A further complication is that last summer Taylor Wimpey sold the freehold of the site to Guernsey-owned Adriatic Land 4 (GR1) Limited, whose interests such as ground rent are managed by Home Ground Management Limited, owned by the prime minister’s brother-in-law Will Astor. If the lease is to be varied the freeholder would have to agree.

Coincidentally, Mulberry Mews is in the constituency of Labour leader Jeremy Corbyn.

The current attitude of Taylor Wimpey and Mr Southam contrasts with their responses to leaseholders last summer, who began asking questions about Aberdeen Lane Limited.

In August the residents were told by Ingrid Skinner, MD Taylor Wimpey London:

“For the avoidance of doubt and in accordance with your leases this is set up as an embedded management company. This means that the obligations for the management company remain with Chainbow as opposed to having resident directors.”

Mr Southam also confirmed the status of the company in an email in October:

These statements appear to be at odds with the attitude today of both Taylor Wimpey and Mr Southam who, on reflection, have decided that Aberdeen Lane Limited may be a residents’ management company after all.

The arrangements at Mulberry Mews contrast with those at Taylor Wimpey’s Argyll Place in Kensington. Here Mr Southam has been the sole director since October 11 2013 of Argyll Place (Kensington) Residents Management Company Limited (08228760).

This appears to be a standard RMC formed in a company limited by guarantee – ie no shareholders – with participating members. The articles of association make clear that only “unit holders” – that is, the property owning residents – can be members of the company and directors.

As the site is still not completely sold, Mr Southam’s continued directorship is explicable. It means that once all the properties are sold the resident directors can take over control of the company.

This procedure is absent in the leases and the company documentation for Aberdeen Lane Limited. This is a standard private limited company, which can be a vehicle for an RMC provided the leaseholders are also shareholders.

Mr Southam, through his company Chainbow, has long been involved in leasehold property management, although he sold most of his block management contracts in 2012.

Although he has publicly downplayed it, he acknowledges retaining some leasehold block management activity in his declaration of interests at LEASE.

Although Taylor Wimpey is no longer the freeholder of Mulberry Mews, it appears to be intent on sorting out the issue and refers to Aberdeen Lane Limited as a residents management company in correspondence.

In a statement to LKP, Taylor Wimpey said: “Further to your query yesterday regarding how the residents could take over the RMC. We are in direct dialogue with the leaseholders on this matter.”

It is understood that the housebuilder’s legal team will be in touch with residents this week.

How Taylor Wimpey can reconstitute an RMC in a site where there is no reference to participating members in the lease or company articles, and where it no longer owns the freehold, is an open question.

As things stand, Aberdeen Lane Limited belongs to Mr Southam to do as he wishes including, it must be assumed, gifting it to the residents.

“The leases do not have an obligation for leaseholders with regard to being members or shareholders of the embedded management company.

“The embedded management company is set up as an RMC so that it can be handed over to leaseholders.‎”

Mr Southam gave the example of the Mill Apartments, in West Hampstead, where he resigned in January 2015 as a director of The Mill Hampstead Management Company Limited (08543775).

It now has three resident directors, who are managing the site. Like Aberdeen Lane Limited, this is a private limited company with shareholders comprising 18 resident leaseholders. However, this contrasts with the company at Mulberry Mews, where there is just one shareholder: Chainbow.

Chainbow’s involvement in the Mill ended acrimoniously, the directors say, and it is now under new management appointed by the residents.

The importance of residents having control of a residents management company is only too clear at two sites in Ilford in east London, Images and Invito.

“If the residents had not had control of the residents’ management company this whole process would have been far more difficult,” said Mr Moreira.

“Every modern block should be built with an RMC, and anyone buying a new flat off a developer should absolutely insist that there is one in the lease.”

In a statement to LKP, Taylor Wimpey said:

“We are supportive of residents who want to play an active role in the management of their completed developments.

“However, we have often found that groups of residents prefer not to be directly responsible for the administrative burden and responsibilities of looking after the management of their developments.

“Accordingly, we have already successfully handed over full management responsibilities to residents at a number of developments where this has been asked for.

“Taylor Wimpey continues to be willing to engage with residents and to meet their needs where possible, if they feel these are not currently being met by existing arrangements.”

The companies at issue are listed below. Some concern sites that are not yet built or completed. At others, such as Argyll Place, the residents management company has been fully established. Here the means exist for Mr Southam to step down as director once the site is fully sold.