Donate
You are here: Home / Uncategorized / Mulberry Mews / Should the chairman of the Leasehold Advisory Service be the owner of embedded management companies? 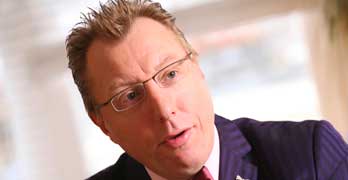 How could Roger Southam end up being in sole control – only director, his company Chainbow the only shareholder – of the embedded management company at Mulberry Mews, called Aberdeen Lane Limited?

It is undeniable that the arrangement could be commercially to his advantage, now that it is clear that Chainbow has retained its interest in upmarket leasehold property management.

Basically, it means that Chainbow is unsackable by the residents and they are stuck with Mr Southam indefinitely, whatever their wishes.

They were told precisely this last summer by both Mr Southam and Taylor Wimpey.

The arrangement evokes the worst practices of tripartite leases, which was a try-on in leasehold for years.

Following questions by LKP, there appears to have been a shift in gear. Both Mr Southam and Taylor Wimpey now seem to be saying that – even though the housebuilding giant has flogged off the freehold – something might be done to transfer control of Aberdeen Lane Limited to the leaseholders.

Whereas Taylor Wimpey was describing this as an embedded management company six months ago – with complete accuracy – it now chooses to refer to it as a residents management company, although there is no means at present for the residents to control or own it.

It is by no means clear how or even whether this change can be brought about.

It is unfortunate that this situation has arisen.

It is doubly so in the case of Mr Southam, who is the chairman of the Leasehold Advisory Service which, whatever its understanding of its current role, was set up with taxpayer’s money to protect leaseholders.

Mr Southam is on record in regarding infighting and discontent among directors of resident management companies and RTM companies as among the main sources of anguish in leasehold. He equivocates on many issues of leaseholder empowerment – he believes the ownership of the freehold is not of prime importance, for example. Instead, he prefers to place emphasis on the need for leaseholder education, which is altogether less controversial.

In the light of his commercial interests, should the Leasehold Advisory Service be providing him with a platform for these views?

It had always been LKP’s understanding – and there was mention of this at the LEASE conference last year – that Mr Southam had ceased to practise as a leasehold managing agent, having sold his management contracts in 2012.

It now emerges that Mr Southam is far more involved commercially in the leasehold sector than we had understood.

Inevitably there are conflicts of interest.

Should a fully practising leasehold managing agent be the chairman of LEASE?

Would it not be awkward for the residents of Mulberry Mews, or those at any of the other Taylor Wimpey sites, to contact the Leasehold Advisory Service for advice, given that the complaints concern the commercial interests of the quango’s chairman?

And, while on the subject, why does LEASE not have a single director on its board who represents a leaseholder interest?

Mr Southam and Taylor Wimpey do appear to be trying to hand the control of Mulberry Mews’ management company to the leaseholders, who after all have the greatest financial stake in the place.

But it is not satisfactory that the leaseholders have had to be supplicants to obtain this. And would they have had any chance of success if they had raised this matter in, say, 18 months time, at which point Taylor Wimpey would have sold the freehold two years before?

One of the most costly issues confronting flat owners today is righting build-quality issues, which have to be put right within time-dependent warranty periods.

Dealing with these matters through a leaseholder controlled RMC is vital.

Consumers should be very wary indeed of buying new leasehold property without a properly constituted RMC.

All flat buyers should examine this aspect of the purchase very closely indeed.

Just why is Roger Southam bothering with the Leasehold Advisory Service?

Taylor Wimpey leaseholders ask: if the management company is ours, how do we oust Roger Southam?
Next Post: Why ALEP should be your first stop if you are extending a lease