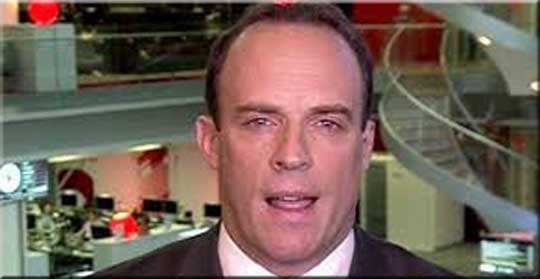 I am writing to you on behalf of the fast approaching 10,000 members of the Facebook National Leasehold Campaign Group. In your new position as Housing Minister we need your help and support to continue the work of your predecessors on leasehold reform in the UK and push for redress for the thousands of house and flat owners that have been caught up in the national leasehold scandal.

It is a fairly recent phenomenon where new build houses are sold as leasehold by the major developers including Taylor Wimpey, Bellway, Persimmon and Redrow. There is a whole catalogue of failings on the part of the developers, conveyancing solicitors, valuers and mortgage lenders, including:

• A significant number of purchasers of new build houses and flats who were unaware of increases to the ground rent, some of which are onerous (e.g. Taylor Wimpey’s now infamous doubling ground rents)
• Buyers using the conveyancing solicitor recommended by the developer as “the process will go quickly and smoothly – they know how we work”
• The onward sale of these freeholds to offshore, greedy, investment companies (e.g. Adriatic Land), who now want thousands more the buy the freeholds than they purchased them for, without any notification to those living in the house (by law flat owners have to be notified, but not house owners)
• Help to Buy scheme, where Government money is helping to propagate this scandal
• Extortionate permission fees and charges levied by management companies on behalf of the freeholder:
o £108 just to obtain a quote to buy the freehold
o Thousands of pounds for permission for home alterations (my neighbour was asked for over £2,000 for permission to build a small extension that does not require planning permission)
o Ridiculous clauses in leases – some require permission and fees to change carpets or blinds inside the house
o Requirement to add freeholder as an interest on buildings insurance (some insurance companies charge for this and the home owner has to pay)

I am one of the many owners of a leasehold house, who, to avoid the significant increases in ground rent and disgusting permission fees in the lease, need to purchase the freehold on my home.

I am left with no choice other than to go through a legal process known as enfranchisement.

This will now cost me a significant amount of money as I have to pay to buy the freehold, plus my own and Adriatic’s legal fees). On my current Taylor Wimpey (TW) doubling ground rent this is likely to cost between £23 and £33k plus £3k legal fees, and the amount will depend on how successful my solicitor is in negotiating the cost of the freehold down.

Had Taylor Wimpey informed me at the point of sale of their intention to sell on the freehold on my home I would have bought it for what I know now was £4,425 (as a neighbour of mine did when they purchased their freehold at the same time as they bought their house from TW). What is also becoming apparent as enfranchisement cases progress (as well as informal purchases of freeholds directly from the freeholder) is that the freeholds are sold with the permission fees remaining within the terms. If, as part of my enfranchisement to buy the freehold, I want the permission fees removing, I may well need to go to tribunal, with more expense, and there is no guarantee that these fees will be removed.

Taylor Wimpey have recently announced £130m of compensation to rectify the doubling ground rent situation. Their proposal is to change the terms of the lease to a less onerous one. Whilst this is better than nothing, it goes nowhere near far enough. Their onward sale of freeholds, with no regard for customer detriment, needs correcting in exactly the same way previous abuses and mis-selling of endowment mortgages, pensions and PPI has been.

The Taylor Wimpey “offer” also does nothing for:

• Customers with ground rent increasing by RPI who will also need to go through enfranchisement to purchase their freeholds at substantial cost, and remain until then subject to permissions fees.
• Customers who didn’t buy the Taylor Wimpey home from new. I own a second-hand VW Golf, but VW still recall it if it has a fault.
• Non-Taylor Wimpey customers – and there are thousands and thousands of these; Bellway, Persimmon, Redrow, etc. who continue to sell leasehold homes and sell the freeholds on

For flat owners buying the freehold is complex, as all residents would need to work together, something that is not always possible, so they remain stuck escalating ground rents and permission fees.

For some of the house owners on my estate, and many others, the clock is ticking – one neighbour’s sale of her leasehold house fell through on the day of sale as the purchaser’s solicitor noted the “onerous” doubling ground rent clause. She had already exchanged contracts on her new house and is now living in her new house with a new baby and two mortgages to pay. The town houses on my estate are typically owned by families with small children who are looking to upsize as their children grow up. The protracted timescales of the TW review and the impact of leasehold on resale values is leaving them effectively trapped in their homes.

Many developers have announced that they no longer sell leasehold houses, but close inspection of the legal documents shows that they have moved to what we term “fleecehold”. Houses are advertised and marketed as freehold and have no ground rent but the terms of sale include permission fees. This is NOT freehold. Once a customer buys a house on these “fleecehold” terms there is no mechanism to remove the permission fees.

There are other examples of scandalous behaviour in the housing market regarding service charges, estate management fees and non-adoption of public services. Many of our members have issues with these as well as leasehold.

We, the National Leasehold Campaign, recognise the real progress in leasehold reform made by your predecessors, including the Government consultation on tackling unfair abuses in the leasehold market and the subsequent inclusion of leasehold reform in the 13th term of work for the Law Commission. We desperately need your help and support in the following areas:

• Abolition of leasehold houses and flats – this has already happened in Scotland
• Immediate removal of the Help to Buy scheme for all new houses that are leasehold. That will push the developers that continue to push leasehold homes into changing their stance.
• Immediate freezing of doubling ground rents until the Taylor Wimpey ground rent review is completed.
• Developers pressed to go further with redress schemes. For example, Taylor Wimpey should pro-actively contact customers with doubling ground rents – they are currently waiting for customers to register themselves. There will be thousands of TW customers who don’t watch the news and are unaware of the issues and “compensation” on offer. The scheme should also be extended to those who did not buy their property directly from Taylor Wimpey.
• Government to force the developers to set up a true compensation scheme where each individual case is reviewed and appropriate compensation paid. In my case that would mean putting me back into the position I would have been in had I been fully informed at the point of sale. I would have bought my freehold for £4,425 had I known it was to be sold on and the consequences of that. Withholding critical information to allow me to make an informed choice is truly scandalous.
• The simplification of the enfranchisement process so that we can buy our freeholds cheaply and easily.
• Action taken to address “fleecehold”. This needs to be abolished and action taken to help the thousands of people who are now trapped in a “fleecehold” home with no mechanism to remove permission fees.

Since the campaign was established last year we have managed to secure a significant amount of press coverage and are informing and educating owners of leasehold houses and flats. This is all done in our own time with very limited funds. We attend the APPG meetings on Leasehold and Commonhold Reform and would be delighted to have the opportunity to meet with you face to face to discuss these issues further and play an active part in the Law Commission work.

This really is one of the most important issues that you have in your new inbox and we look forward to working with you to drive leasehold reform.

Here’s the National Leasehold Campaign pledge, after the government panders to the sector over its PR piffle emitted last month