Donate
You are here: Home / Latest News / Taylor Wimpey CEO to meet MPs over ‘cancer’ of doubling ground rents (which were deterring astute buyers in 2007!) 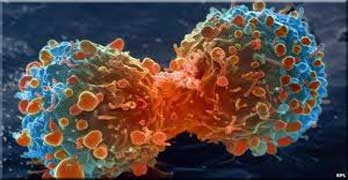 The meeting is private before the full APPG meeting on December 14.

Sir Peter said of the ground rent scandal: “This is the equivalent of a cancer that spreads virally through the market and it needs to be cured. Past examples need to be put right, and future ones stopped.”

Taylor Wimpey is undertaking a review into the doubling ground rent scandal and executives have been sent around the country to meet former customers who complained publicly about it.

The company describes the issue as “a complex situation”, not least because it has sold on the freeholds – for considerable sums given the income streams it embedded in these leases.

Taylor Wimpey is also scrutinising the general practice of selling houses on a leasehold basis.

The company says this is “predominantly” in the North West.

Areas such as Bolton and Ellesmere Port in The Wirral do have a preponderance of historic leasehold houses, usually with minimal ground rents. But plc housebuilders – Taylor Wimpey, Redrow, Bellway – have continued the practice, with sharply increased ground rents.

Persimmon, the biggest housebuilder, has been building leasehold houses all over the country: for example, at Aveley in Essex, and in Peterborough, Northamptonshire.

LKP has assumed that Taylor Wimpey began selling property with doubling ground rents during the downturn in order to reduce the headline price of property.

The ground rents in the freehold sale would make up for the discount.

But this is not the case.

One Taylor Wimpey buyer pulled out of buying a London flat after finding out that the ground rent would be doubling in September 2007.

Irvin Tarn reserved a flat for £2,000 in a new development in Mill Hill, north London, but pulled out after learning that the £300 ground rent would double five times to reach £9,600 by 2057.

Mr Tarn told the Evening Standard’s Home and Property section: “I have since spoken to several solicitors who confirmed that, like me, they had never heard of this, and described it as outrageous. The estate agents involved claimed to know nothing of it, either.”

Mr Tarn then made a point that has been repeated by LKP nine years later: “I think that first-time buyers have enough of a struggle to get on the housing ladder without national companies trying to make an extra profit by burying clauses like these in their long leases.”

Taylor Wimpey responded to Mr Tarn by stating that the rent review clause was “George Wimpey UK policy and is in place on all leasehold developments.”

It offered to refund his reservation deposit “as a gesture of goodwill”.

David Bridges of Taylor Wimpey said: “Historically, most ground rent review clauses were tied to the Retail Price Index (RPI). But house price inflation has significantly outstripped RPI, and developers are looking at terms and conditions that better reflect this.”

In other words, leasehold gives developers an opportunity to create an investment asset class by embedding a sizeable income stream in the freehold that can be sold off.

Somehow or other, this is deemed acceptable in England and Wales, but it involves the erosion of wealth of a new generation of homebuyers.

Labour to cap ‘legalised extortion’ of ground rents and end leasehold houses … Opposition and government now compete to reform leasehold
Next Post: Taylor Wimpey more greedy than the ground rent ‘Mr Smallweeds’ (and so are other plc housebuilders)