Donate
You are here: Home / News / Exclusive: Commonhold can only work if ground rents are banned, said Ministry of Justice – in 2009! 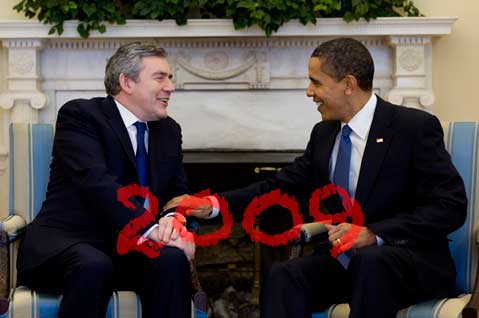 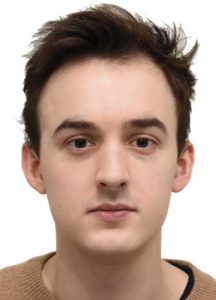 As government stands ready to issue its verdict on the Communities Select Committee report and the findings of the public consultation from November, Leasehold Knowledge Partnership turns back the clock to 2009.

There was no LKP, no All Party Parliamentary Group on leasehold reform, and no social media movement like the National Leasehold Campaign (established: January 2017).

Responsibility for commonhold legislation still bizarrely sat with the Ministry of Justice.

Yet it seems that even then government knew full well the failure of commonhold to take off.

Officials said that making commonhold the consumer choice “is an insurmountable difficulty that could only be cured by prohibiting ground rents or their sale.”

The Ministry of Justice had been tasked to produce a report on the dismal failure of the 2002 Act to make commonhold mainstream. Their work was expected to go out to public consultation, but for reasons that are unknown the last Labour government chose not to pursue it further.

LKP has managed to procure a copy of the draft paper which, until now, has never been in the public domain.

We think it important to share with our readers since the report makes a compelling case for commonhold as the best way to own and manage interdependent properties with shared services.

What’s more, many of the arguments that dark forces in the leasehold sector are currently deploying to trick government and scupper meaningful reform are expertly addressed.

The months-long war over setting ground rents on new leases at £10 per annum could have been averted had James Brokenshire just read this:

“The first perceived limitation of commonhold is that developers seem likely to make more money out of leasehold. Leasehold gives them the opportunity to sell an entitlement to receive ground rents to investors. This can amount to some thousands of pounds per unit and recent case law reinforces the value of this opportunity. Commonhold, which is freehold, provides no equivalent opportunity for a second phase income stream from the unit-holders to the developer and its successors.

“Commonhold, it might be said, can only be sold once. Leasehold appears to be able to be sold twice.”

Ministry of Justice officials even include a worked example to show why buying up ground rents would be an attractive proposition for investors:

It offers insight into why developer embrace of monetary ground rents during the 2000s property boom helped turn residential leases into the new derivatives.

LKP maintains that if government fails to revive the policy set out by Sajid Javid, i.e. legislating for future leases to have ground rents of “zero financial value” (which is what “peppercorn” means), commonhold will continue to be a niche product.

Unsuspecting consumer homebuyers will keep becoming mortgaged tenants as volume housebuilders, looking to profit from the freehold reversion, stick with selling flats as vulnerable leasehold tenancies. Private Eye backs us on this one.

By taking away the legal right to make money from ground rent at new sites, the case for leasehold collapses.

At last, investing in residential freeholds would come to be seen as the morally dubious business practice it is. Third-party freehold landlords would be left to aggressively monetise service charges, reserve fund contributions, utility payments and major works bills – never the intention of landlord and tenant law.

These items are distinct from ground rent, which is a protected and legitimate income stream. With peppercorn ground rents mandated on new-build, pension funds and other institutional investors would struggle to publicly explain their interest in using feudal property laws to make themselves owners of buildings by proxy.

The unpublished 2009 Ministry of Justice report, entitled “Commonhold: improving the legislation and promoting take up”, suggested that commonhold property had been unable to position itself in the marketplace as superior to leasehold.

If Mr Brokenshire still has any doubts as he prepares his response to the November 2018 public consultation, he should consider the words of civil servants of old:

Making commonhold the consumer choice “is an insurmountable difficulty that could only be cured by prohibiting ground rents or their sale.”

As the decade-old report rightly states, commonhold dispenses of the need for a monetising third party. Commonhold is freehold ownership.

Commonholders are entrusted to look after their own asset. They appoint the professional managing agent, no one else. The service charge budget and major works initiatives are decided through democratic structures. There is no actual need for residents to rip each other off.

While the vested interests are keen to highlight that leasehold is a tried and tested model of housing in this country, supported by case law that provides “certainty” in landlord-tenant disputes, government had been sceptical about whether the regime governing leasehold property was fair to “owner-occupier”, preferring commonhold:

“Another advantage is that commonhold is free of the significant volumes of legislation that have been enacted to address the imbalance of power that is perceived to exist between landlords and tenants. This will make management of the community easier …

“[Under commonhold] there is no provision for the payees to challenge the amount of the demand by reference for example, to its reasonableness or the number of estimates that have been obtained from suppliers. By contrast, in addition to any procedure specified in the lease, a leasehold service charge is subject to numerous statutory controls intended to ensure that landlords do not exploit tenants.”

And if readers of LKP want official confirmation that leases are typically written by developer-appointed lawyers to be as income-generating and toxic as possible, they need look no further:

“Leasehold documentation is notoriously varied in form and quality. Even within a single development there may be inconsistencies between the leases of different properties … Leases are also usually written in legalistic terms and are not infrequently defective in some way. By contrast, the commonhold documentation is highly standardised and designed to be easy to use and understand.”

Ten years on from the report, and the voice of the corporate lobbyist still seems to carry greater weight in policy circles than that of the consumer homebuyer. Buried in the text, there is this startling observation:

“Prospective buyers would surely find it more attractive to enter into a relationship with their fellow owners than with a third party landlord interested only in enforcing the payment of a ground rent.”

(Er … or high service charge for no service, or a grossly inflated major works bill thanks to collusive tendering.)

But more and more people are coming round to the LKP view: freehold landlords are not landlords in the traditional sense of the word. These landlords have power with precious little responsibility. Leaseholders have responsibility with no power. Yet this is despite the fact that the financial interest of a residential building is essentially owned by the leaseholders collectively.

So if leasehold is a system that creates an investment asset class in the homes of ordinary people, why on earth haven’t we put it out of business?

The full unpublished Ministry of Justice review of commonhold can be accessed here:

Too expensive to give figures on leasehold forfeiture, says Ministry of Justice

BBC R4 MoneyBox hears that a CMA mis-selling ruling could see leaseholders suing plc house builders. Hope so!
Next Post: Have young buyers woken up to the great leasehold hoax? Looks like it …