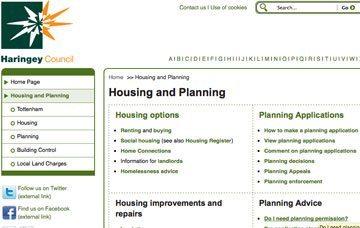 Almost immediately after Eric Pickles announces Florries Law – his £15,000 cap for local authority leaseholders over bills for major works – up when up pops another anomaly.

The Leasehold Knowledge Partnership has been contacted by an 88-year-old lady regarding a £37,000 demand from Haringey council. The fee comes on top of a £6,000 bill for a lift repair last year.

As the repairs won’t be funded by a central government grant, Haringey will not cap the costs for the 40-odd leaseholders in the block of 116.

When LKP first reported Pickles’ initiative – called Florrie’s Law after Florence Bourne, 93, who died feeling stressed from owing £50,000 to Newham council – we recognised that it would only help at schemes being refurbished with central government funding.

The issue has pitched Conservatives – who continue to see validity in the right to buy policy – and mainly Labour councils that have plenty of run-down city centre housing.

In this case, it is not entirely clear whether the refurbishment is an initiative based on local or central funding.

The Haringey Council Report for the Cabinet on November 12 2013, “Enhancements to Leaseholders Payment Options for Service Charge Invoices”, suggests that as the work will not involve government funds it is immune to any capping.

However, the project is being presented to residents as a Decent Homes project, which does involve central funds.

The wider issue is whether taxpayers should really be spending millions making life easier for local authority leaseholders.

She claims that equity release has proved impossible to obtain, or other loans, and the money will have to be paid by her son.

“The methods Haringey have offered to pay off this amount stretching years into the future would be impossible for me to service, involving hundreds of pounds each month,” she says.

Of course, private leaseholders are caught up in these major works dilemmas as a matter of routine – here is a spectacular example.

Many are just as hard-up as local authority leaseholders, and there is no prospect at all of a cost cap on major works. And if the leaseholders don’t or cannot pay up then they get their leases forfeited.

Eric Pickles has waded in here to protect the Conservatives’ cherished right to buy policy, which was such a vote winner in the Eighties.

But times have changed, and the UK’s population has swollen markedly since then.

There is a housing crisis that is particularly acute in the South East and London, and home ownership levels are declining fast.

Young, UK-born citizens face the prospect of never being home owners at all. Understandably, they feel cheated and let down.

They are told by the older, greedier and more cynical generation that home-ownership does not really matter that much, and in other countries, such as Germany, half the population does not own a home.

The young, who have seen staggering house price rises throughout the South-East are not persuaded. They want a material stake in society just like their parents had.

The big house builders have been urging build-to-let schemes for years, and urging big institutions to invest in vast rental schemes. These are, in fact, coming into fruition – for example, at the Olympic Village site.

In the face of the wider housing crisis, doling out taxpayers’ money to subsidise a minority of families to maintain a valuable asset seems like an indulgence.

That said, one has to sympathise with local authority leaseholders who face these bills.

Who in their right mind would employ a local council to carry out major refurbishment of their own house?

It would almost be a guarantee of poor quality workmanship and overpriced.

This was the tragedy of Farieda Chandoo reported here

She absolutely refused to pay £40,000 for appalling workmanship at her site in south London.

She lost her court case against Southwark council, appealed but fell out with her firm of lawyers (who appear to comment on these issues on this site).

LKP urged her to seek legal advice or drop the legal action. But she just could not do that.

For some reason, the courts cruelly set aside four days to hear her appeal, which amounted to nothing more than a repetition of the same non-forensic arguments that had failed first time round.

Florrie’s Law fails again as Haringey council dumps £100,000 bills on leaseholders in the midst of the Covid-19 disaster