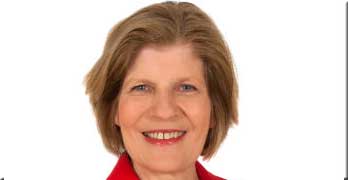 “As a government minister Sally had responsibility for social exclusion and housing and has enjoyed a varied and highly successful career in senior positions, including council leader of the London Borough of Southwark.

“As a minister Sally took the Commonhold and Leasehold Reform Act 2002 through Parliament, and most recently held a senior role in international development.”

Mr Hill said: “The calibre of applicants was exceptionally high and Sally is expertly placed to take over a role which is crucial for the standing and integrity of the independent status of the Panel.”

Sally Keeble will take up the appointment in November 2016 when Mr Hill stands down after three years in the role.

Pensioners ‘turn to old Peverel politburo at Freemont Property Managers for right to manage’
Next Post: LKP welcomes privatisation of the Leasehold Advisory Service, but why wait until 2020?