Donate
You are here: Home / Latest News / Government can’t lend cash to Grenfell cladding sites until someone agrees to pay it back, says LKP 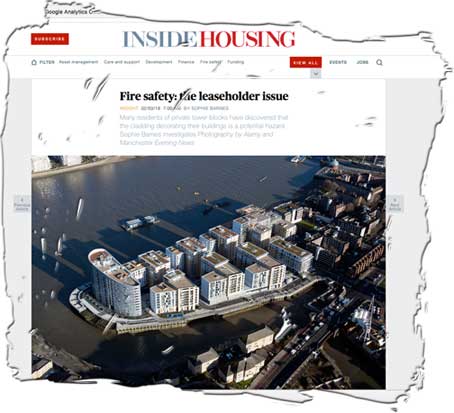 Calls for the government to lend private blocks of flats cash to pay for fire marshals and to remove Grenfell cladding may be problematic.

Martin Boyd, trustee of LKP, which has been advising leaseholders trapped in the cladding debacle, warns it may not be as simple as the government stepping in to loan money.

He told Inside Housing magazine this week:

“I don’t think they can even lend the money, because the problem is if you lend the money somebody’s got to agree to pay it back.

“The first thing is, are you going to assume the leaseholders are the ones liable to pay the money back?

“Or, will you go to developers and say, ‘We’ll lend you the money and you’ve got to pay it back’? At which point the developers will say, ‘Hang on, were not doing it’.

“If you try and write to the leaseholders some of them say, ‘Well, I’ve got no means to pay you back because I’m effectively bust’.

“In the end, it forces everyone to go to court, which ends up with the worst possible scenario that everyone’s trying to avoid – which is that the leaseholders are stuck with the bill.”

Leaseholders are stuck between a rock and a hard place, according to Inside Housing.

“The essential issue is that clearly the leaseholders aren’t responsible for what are now deemed to be the defects in the cladding.

“But they have no means of litigating against people who may be responsible. So they have no easy means where they can go back and sue the developer, or the local authority, or the cladding manufacturer.”

At the Fresh Building in Salford, the leaseholders recently lost a tribunal case over who should pay for a 24-hour fire warden patrol in the block and now face service charges of roughly £100,000 collectively.

More than 300 social housing blocks and 130 private residential blocks have cladding that is not fire safe and should be removed from the buildings.

Inside Housing lists the following sites, some of which were not mentioned in the cladding debate on Tuesday:

Many residents of private tower blocks have discovered that the cladding decorating their buildings is a potential hazard. Sophie Barnes investigates