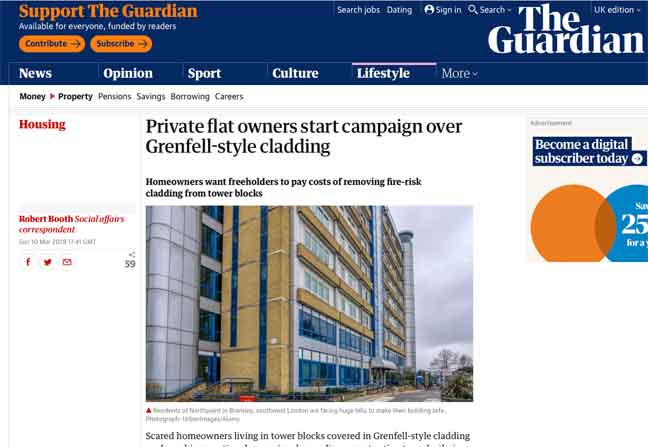 A campaign group of leaseholders in private blocks with Grenfell cladding is being formed.

It is calling itself the UK Cladding Action Group: UKCAG and can be contacted here: ukcladdingactiongroup@gmail.com

LKP welcomes the initiative and will do all that it can to assist.

“Only 10 of the 173 private buildings discovered with combustible cladding have been fixed while rows rumble on over who should foot a repair bill expected to rise well beyond £500m.”

LKP organised the only meeting of Grenfell cladding leaseholders at Westminster in June last year.

It was attended by housing minister Kit Malthouse and his Labour shadow Sarah Jones.

We are happy to organise another.

In addition, we have hosted Grenfell cladding leaseholders at our All Party Parliamentary Group meetings, such as New Capital Quay in May last year:

We prompted Legal and General to pay up £12 million at Reflexion / Blenheim Centre in Hounslow.