Donate
You are here: Home / News / At last! A public defence of the leasehold system from an articulate freeholder …

Makes a change from hiding behind lobbyists and lawyers and threatening, for example, the Law Commission, with judicial reviews 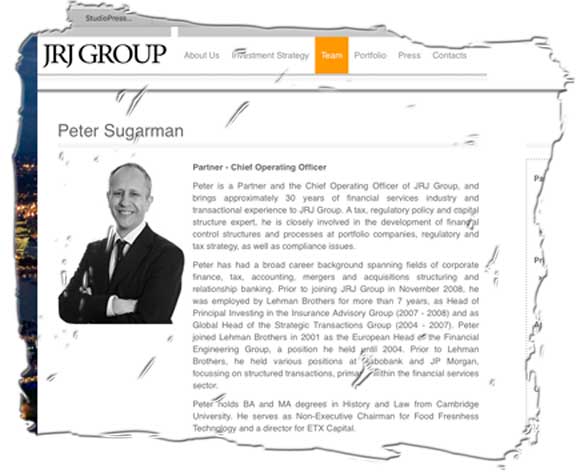 Here is an interesting article today on the Tortoise long read journalism site from former banker-turned-residential-freehold investor Peter Sugarman, of the JRJ Group.

It says his views are his own, but as they coincide with those of his employers there is no serious reason to exclude mentioning them. Nor, indeed, to repeat the old Upton Sinclair observation from the 1920s:

“It is difficult to get a man to understand something when his salary depends upon his not understanding it.”

It points out, accurately enough, that leaseholders discover that block insurance can cost “35 per cent less that you have been charged”, consent to change windows can be £200, and that leasehold house owners have been tucked up with doubling ground rents (true of some flats, as well).

This purchase was made with the help of a developer-recommended solicitor, and now the property is unsellable.

Mr Sugarman deplores “unjustified” leasehold houses – in fact, where the developer itself does not own the land, they are unavoidable – which are now unsellable.

“Responsible freeholders endorse any and all changes which address these problems, as well as welcoming prosecutions of bad actor developers, managing agents and solicitors who have failed to act in the best interest of their clients.”

Fine, but LKP might be forgiven for asking: where were these “responsible freeholders” when these toxic leasehold assets were created and what did they do to prevent them?

Indeed, what about responsible freehold owners such as the John Lewis Partnership Pension Trust, which still owns flats and houses with doubling ground rents?

It said it would disinvest in leases with doubling ground rents but hasn’t. Nor will the trustees again meet LKP and its MP patrons, although we did once.

Mr Sugarman’s principal point is that leasehold and ground rents should not be replaced with commonhold tenure because the UK property market (in fact, just England and Wales) is “fundamentally different” to other countries.

The problem is the very high number of investor owners of leasehold properties, based here and overseas.

“Flat owners want to maximise returns over their period of ownership, which vary between owners in the same building.

“Achieving consensus about high-cost maintenance is always difficult, but the problem is exacerbated if half of the owners are living in Hong Kong and the other half have no free cash and no ability to hold a management company to account.”

Speculative investment in residential property is a serious social issue – the younger generation in the UK have been strongly disadvantaged as ageing baby-boomers hoovered-up housing stock, with their business costs and loans deductible against tax (which has since been moderated).

But Australia and, latterly, New Zealand have precisely the same problems, even though the flats are sold with strata title, or commonhold.

Mr Sugarman’s point ignores the fact that some of the most active and financially literate flat-owners are in fact investors not owner-occupiers. They make up a fair number of the directors of leasehold controlled blocks.

Some investors may simply let other people make decisions on a block, but there is no reason why they should be an impediment to flats being legally self-governing. If they refuse to spend out on repairs, their flats fall in value along with everyone else’s.

Residential ground rents, he says, are the only hedge against inflation apart from government bonds that currently pay negative interest rates.

“Institutional investors are therefore happy to take on the long-term responsibility for caring for buildings, in return for a modest annual ground rent (say 0.1 per cent of capital value), rising every ten years in line with inflation.”

A couple of points: first, the ground rent is for no defined service whatsoever, so it is an open question what it is for. Secondly, “responsible investors” are alive to the other income streams: the more dubious consent fees (for keeping a cat; for sub-letting; insurance commissions; management fees; development potential of the site; lease extension and enfranchisement incomes; plus possible windfall if any flat-owner makes himself vulnerable to lease forfeiture.

“Responsible investors” are just as alive to these opportunities as downright irresponsible ones, although they might be less aggressive applying the squeeze.

Here is an example. The Wellcome Trust is the second largest charity in the world and finances ground-breaking medical research. It is impeccably responsible.

Nonetheless, it thought it perfectly reasonable to spend £114,000 to obtain a debt of £6,000 in the property tribunal, knowing full well that its position as landlord meant it would receive its legal costs.

Mr Sugarman intrigues LKP by referring to two his buildings which have Grenfell cladding and require 24/7 fire marhsals.

“On one of those buildings we have fronted well over £1 million, both for the marshals themselves and for the remedial works. Without this expenditure residents (mostly tenants) would have been required to vacate. We hope to reclaim that money from the developer, who is being investigated for fraud by the local council, or from his insurer; but we expect litigation, which will need to be separately funded and could take at least two years to resolve.”

Well, if Mr Sugarman seeks LKP assistance with this, he is welcome to get in touch.

But it is a quixotic freeholder who would fund one assumes multi-million litigation on behalf of leaseholders.

Elsewhere, such as Heysmoor Heights in Liverpool, where the Guernsey company Abacus Land 4 Limited owns the freehold and is part of the Long Harbour portfolio, leaseholders have also been loaned money for waking watch support.

But the freeholder, who hides his identity behind nominee directors, has taken the precaution of obtaining a property tribunal ruling that responsibility for paying up rests with the leaseholders.

“Across our portfolio at any one time there are some 15 per cent ground rent arrears; in consequence we provide freeholder loans to around 5 per cent of buildings to ensure insurance premiums are paid on a timely basis and full insurance coverage is maintained.”

As he really ought to know, the ground rent arrears are irrelevant for paying the insurance premiums which come out of the service charge.

Confusing ground rents as payment for some sort of defined benefit has been favoured by freeholders and their apologists for years, but it does not have legs anymore: every relevant civil servant, and a good number of MPs (such as the Communities Select Committee whose report might be out this week), are well aware that ground rent pays for nothing specific at all.

“Aviva, Nationwide, M&G and the large pension funds all have their reputations to preserve, and these have been the major buyers of freeholds over the past few years. They have every incentive to embrace legislation that drives out property cowboys.”

So, Mr Sugarman would hopefully join LKP in calling for all owners of residential freeholds to be identified.

The Long Harbour group also claims its £1.4 billion fund of freeholds are investment by blameless pension funds. Yet all the assets are hidden behind nominee directors of the Jersey headquartered Sanne Group.

Is it not more likely that these investors in the Long Harbour fund are private equity figures and hedge funds, as the Conservative MP Stephen McPartland asked last week:

“Investors such as these [the responsible ones he references earlier] are not against enfranchisement by leaseholders wishing to buy out the freeholder, nor do they oppose existing legislation which allows leaseholders the right to self-manage. They endorse measures which make processes simpler, quicker and more transparent.

“But before embracing commonhold wholesale please consider the unintended consequences.”

“Unintended consequences” has been the cliche of choice among lobbyists active against leasehold reform for two years now.

Mr Sugarman and his associates need to realise that the cheating cleverness over leasehold exposed in plc house builders, their stooge conveyancing lawyers and dodgy freeholders – yes, including property managers for pension funds and charities – has quite exhausted public patience.

A quite intended consequence of these reforms is to bring the nonsense of creating investment assets in family homes to an end.