Portfolio managed by the Tchenguiz interests 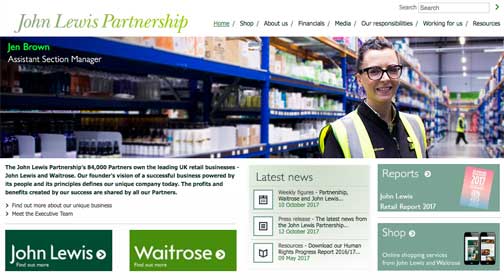 The John Lewis Partnership Pensions Trust has told a leaseholder that it will ‘disinvest’ in doubling ground rents, which were brought to its attention by ‘a lobbying group’ – LKP.

The Trust invests in ground rents that are managed by the controversial Tchenguiz organisation, which is ultimately controlled by the Tchenguiz Family trust based in the British Virgin Islands.

Mr Greenwood writes: “The sheer fact that somebody can buy the ground out from under the home that you have paid for in full is disgusting and should not be allowed.

“John Lewis outwardly appears to be a company with fine values and ethics. I note that you are a member of the Ethical Trading Initiative, sadly it appears that your interest in sound, responsible ethics do not extend to your pension investments.

“Holding ground rents within your investment portfolio condones leasehold as a form of house ‘ownership’ (we don’t own the property, we simply rent it) in which tens of thousands of hard working people are trapped. I’m sure if you investigated, there would be members of staff within your own company who are in exactly the same situation as us.”

“The companies referred to in your email are associated with JLPPT/the Pension Scheme. Ground rents were purchased by an investment manager on our behalf some years ago. The Trustee operates through advisers and consultants and was not aware at the time that a small proportion of those properties were subject to the 10 year doubling clauses.

“The issue came to our attention through a lobbying group, with whom we have had contact. To your point about reconsidering our ownership, the Trustee has taken the strategic decision to no longer hold such investments and is looking to disinvest, as you suggest.”

Circle Housing humiliated over £22,000 major works bills at Merton Priory knocked back to £3,500
Next Post: Pensioners tell Dudley Joiner to give them back their £27,000 sinking fund