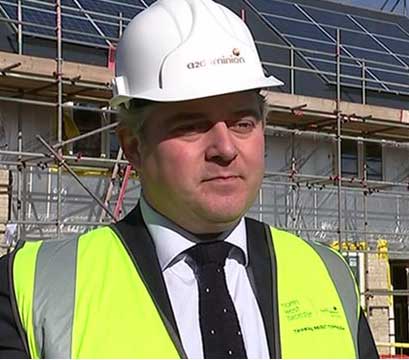 The meeting covered the following:

Lease forfeiture: LKP says this nuclear weapon of freeholders should be ended as it can give rise to unjustifiable cash windfalls.

No one in leasehold attempts to justify the latter.

The case of the forfeiture of Dennis Jackson’s £800,000 Battersea flat at Plantation Wharf illustrates this.

The freeholder here was set to gain a windfall of £720,000, until LKP stepped in to reverse the forfeiture. More here

LKP said that it is urgently required to find out data on lease forfeiture from the Ministry of Justice.

This was requested by shadow housing spokesman Emma Reynolds in April, but it was supposedly too costly to provide the information. More here

LKP wish list is to end leasehold tenure. Failing that, to ensure that all leases are indefinite in duration and that leaseholders – who overwhelmingly have the majority financial stake in a site – control the management of a block from the start.

The management should not be in the gift of the freeholder.

Leasehold residents need to be empowered from the start, avoiding the need for right to manage – where legislation needs firming up, to stop the incessant legal game-playing to thwart it.

Sebastian O’Kelly, of LKP, noted the Demos and Legal and General reports on the virtues of downsizing and a healthy retirement housing market.

But retirement leases of 125 years demonstrate how developers, and freehold purchasers, hold the whip hand.

“They won’t catch the first purchaser, possibly not the second one either, but will almost certainly catch out the third or fourth owner, he said.

Retirement leasehold owners routinely fail to extend their leases when they should (before 82 years) and the asset’s value drains away: as developers and the freehold owners knew all along that they would.

The trend of housebuilders to build leasehold houses which would formerly be freehold was deplored by LKP.

“This is catching out aspirant first time buyers who have spent many years in rented accommodation, only to find that they are only long term tenants in leasehold,” Mr Fitzpatrick informed the minister.

Dudley Joiner: Not relevant that I was disqualified from being a company director for 7 years
Next Post: LKP is now a registered charity