Donate
You are here: Home / Latest News / LKP is now a registered charity 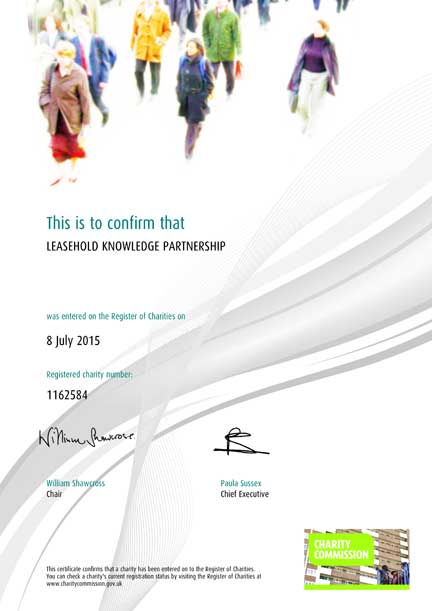 The Charity Commission this week approved the Leasehold Knowledge Partnership as a registered charity.

“We are satisfied that LEASEHOLD KNOWLEDGE PARTNERSHIP is a charity and it has been entered onto the Register of Charities with the Registered Charity Number 1162584.” Says the Commission.

The decision concludes 18 months of effort to achieve this outcome.

The directors of the charity are: Martin Boyd, Melissa Briggs and Sebastian O’Kelly.

The announcement of LKP’s charitable status came before last Thursday’s LKP round-table meeting at the Commons attended by 50 MPs and key stakeholders in leasehold.

Stephen Lewis, Law Commissioner, made a powerful presentation on exit or transfer fees, which he is presently investigating.

The report and full text of his and other presentations will be published next week.

LKP behind the scenes