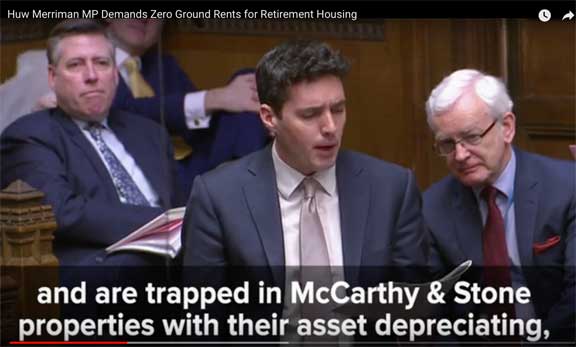 He talked of pensioners trapped in McCathy & Stone properties, which have fast depreciating values.

He named Vincent Tchenguiz, whose Tchenguiz Family Trust in the British Virgin Islands ultimately owns the old McCarthy and Stone freehold book, and FirstPort, formerly Peverel which was owned by Tchenguiz before his arrest, on wrong evidence, by the Serious Fraud Office in February 2011.

The sorry picture of many retirement leasehold properties is revealed on the Land Registry.

UK Finance should take a running Jupp with these lame excuses …
Next Post: FirstPort named twice in Commons today