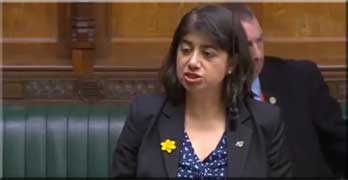 A few hours after FirstPort – aka Peverel – was named in prime minister’s questions, it was named again – for not fixing a broken lift.

First, Conservative MP Huw Merriman, for Bexhill and Battle, raised issues of “fleecehold” charges and high retirement service charges – “thanks to the dominant influence of FirstPort”.

Later, Labour MP Seema Malhotra, for Feltham and Heston, upbraided FirstPort for failing to repair a lift at Camellia House in Feltham after two months.

Curiously, FirstPort had also not responded to her inquiries: it is usually prompt at the damage-limitation side of things.

At this rate, MPs will soon be asking FirstPort why on earth it owns a portfolio of retirement house managers’ flats, all with leases dreamed up in 2009 .

The portfolio somehow ended up in its possession after the company went into administration following the arrest of its former proprietor Vincent Tchenguiz by the Serious Fraud Office in February 2011.

Vincent, it should not be forgotten, won his judicial review into his wrongful arrest.

The daughter of a resident at Mere Court in Knutsford who believed Peverel was urging the sale of the house manager’s flat for financial gain has had her complaint rejected by the ARHM. Alex Ellison was appalled to discover that Peverel was encouraging the sale of the flat while repeatedly saying it belonged to the freeholder Proxima, part of the Tchenguiz Family Trust.