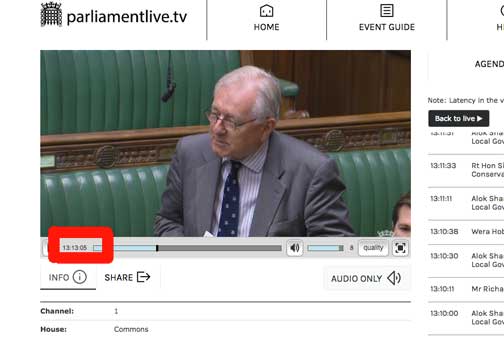 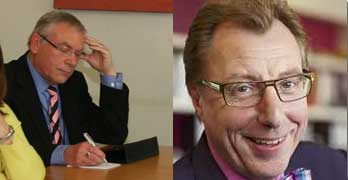 Controversial leasehold entrepreneur Dudley Joiner was named in the House of Commons today, and Roger Southam, chair of the Leasehold Advisory Service, was invited to retire.

The remarks came from Sir Peter Bottomley in the debate on the Regulation of Property Agents.

He was ejected from the sites following the intervention of LKP, and his company was sold to property giant Savills, where Mr Southam appears to be employed.

The all-party parliamentary group on leasehold and commonhold reform, which I co-chair along with the hon. Member for Poplar and Limehouse (Jim Fitzpatrick), will be grateful for the Minister’s remarks. We will submit more evidence.

I put it to the Minister that it will be quite important for people to be able to submit their evidence to the consultation confidentially. There are so many crooks and dodgy people around that there may be threats of legal action, such as the one I received from Carter-Ruck on behalf of Barry Weir when I was looking after a park home resident. Ordinary people cannot face that; Members of Parliament can.

Will the Minister also consider whether Dudley Joiner of Team Property Management can be investigated? He was going to be thrown out of his judicial property role, but he escaped hours before the report was announced.

Lastly, will the Minister please give serious consideration to whether the chairman of LEASE—the leasehold advisory service—can properly remain in his role, or whether it would be better to let him retire and have him replaced?

I pay tribute to my hon. Friend. He and the hon. Member for Poplar and Limehouse (Jim Fitzpatrick) have done brilliant work as co-chairs of the APPG. He talks about people being able to give information anonymously, and we will of course not release the individual names of those who give evidence when the consultation’s outcome is published.

As for the two references to particular individuals made by my hon. Friend, I suggest that we speak about those other matters after this debate.

Leaseholder Association: One hat too many for Dudley Joiner?

Pensioners tell Dudley Joiner to give them back their £27,000 sinking fund
Next Post: Sajid Javid has thought about leasehold property management and does not like what he sees …