Donate
You are here: Home / News / Leasehold Bill from ALEP receives a few home truths in the Lords 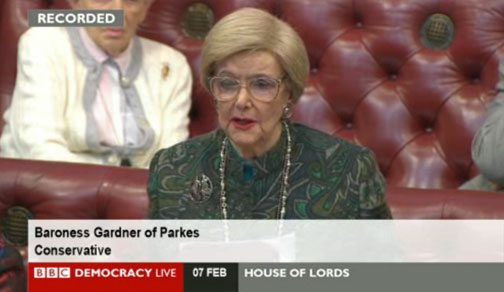 How impressed one has to be with the lobbying activities of the lawyers in ALEP: the Association of Leasehold Enfrachisement Practitioners.

It waives a piece of paper pointing out that the powers of attorney – for the incapacitated – do not apply in Landlord and Tenant Law and – in no time, it seems – we have a Leasehold Reform (Amendment) Bill going through the Lords yesterday.

LKP can only gape in envy. Every week we expose some anomaly or even blatant injustice, but we are still pressing our noses against the glass when it comes to:

Fortunately, although the Leasehold Reform (Amendment) Bill did not offer much reforming, old friends in the Lords stepped forth to offer their two-penny worth.

Baroness Gardner of Parkes (Conservative) was off like a hare, pleased that the power of attorney issue was being addressed, surprised it had been neglected for so long and then adding:

“It gives us hope that someone is now looking at the problems of leasehold, which is crying out for reform.

Next week she is tabling a question about commonhold – reducing the 100 per cent agreement of leaseholders – but she used the occasion for a preview.

“For whatever reason, 100% agreement is impossible. If you have a crooked or sharp operator owning the head lease they could bribe one person to oppose the move, and everyone else’s hope is gone,” she said.

It is always good to hear politicians use words such as “bribe” in the context of leasehold, where a whole range of villainy hides behind compliant trade bodies, insincere repetitions of “transparency” and consumer charters and similar.

Trixie – the baroness is a former dentist from Australia, where she owns a flat under the strata system ­– rightly paid tribute to Mark Prisk, former housing minister, who was thoughtful on issues of leasehold (and has some truly poisonous examples on his doorstep in his Hertford constituency).

“I was sorry to lose Mark Prisk as Housing Minister, as he chaired an excellent roundtable meeting at the Department for Communities and Local Government last year. It was because of that that the redress scheme, which will come into force this year, has become law, and it will be of great value to many leaseholders. [LKP doesn’t think this initiative, dreamed up on the spur of the moment and added to the letting agents law, means much for leaseholders at all.]

“At that meeting was a huge range of people; it included organisations such as the Association of Residential Managing Agents, or ARMA, and ARLA—the letting one—LEASE, and Peverel, who were the villains of the piece but keep sending me letters and have now become angels.”

One assumes Lady Gardner was being ironical: Peverel is an angel with sticky fingers, and only two months ago was ruled by the OFT to have run a price–fixing racket over its subsidiary Cirrus.

After praising the Leasehold Knowledge Partnership – as well as the British Property Federation and others – for arguing that leaseholders should be covered in the government scheme regarding flooding insurance, Baroness Gardner ended in fine form:

“Leaseholders have suffered from crooked landlords not revealing that they are direct financial beneficiaries of contracts for insurance, building, management and all sorts of things. It is scandalous that the people who pay the bills have not been able to find out whether a huge rake-off from those bills has gone to a corrupt head lessee or freeholder …

“Peter Bottomley has called for failures in some extremely serious cases to be criminalised.” 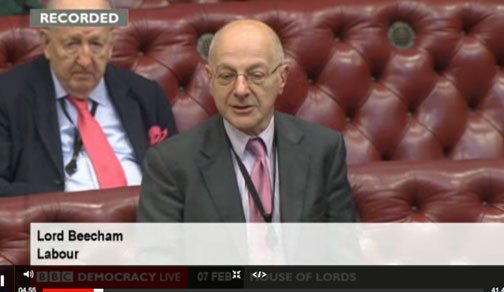 Baroness Gardner has an ally in Lord Beecham (Labour), a former leader of Newcastle city council, who stirred the pot over commonhold:

“I wonder whether it is not time for the Government to review how the commonhold process is working. How many cases have there been where the right has been exercised and will any further changes need to be made in the legislation that permits commonholds to be created? The impression is that not very many have gone through, so it is perhaps now time, several years after the latest piece of legislation, for a review—although obviously not today. Perhaps the Government will look at that and give an indication of whether they might be willing to conduct a review or perhaps ask the Law Commission to do so.”

The full debate can be read here

Corrie and footie stars may face £100,000 bill in epic battle to win right to manage at No.1 Deansgate
Next Post: Palgrave Gardens gives Peverel its marching orders