“Millions have an interest in leasehold living. Most would gain when commonhold or strata title becomes the norm.

“This meeting is an important step forward.

“In the near future, abuse and misuse and the shortcomings of leasehold can be tackled.

“For the future, there should be a timetable to end new residential leaseholds and to overcome any practical obstacles to the use of commonhold title.”

Last Thursday (June 26) the Leasehold Knowledge Partnership held an all-party meeting on commonhold in the House of Commons.

More than 50 delegates attended from the Commons, the Lords, the civil service and the leasehold sector.

Commonhold has been worked on and promoted by all three main parties since the 1980s as the alternative form of tenure to residential leasehold.

It is the system adopted by the entire world with the exception of England and Wales, which alone persist in perpetuating a form of residential tenure that derives from feudal times.

Commonhold finally became available in England and Wales following the introduction of the 2002 Commonhold and Leasehold Reform Act.

Only 15 schemes were ever built and commonhold failed to take off as Britain gorged on its sustained property boom, and professions and mortgage lenders had little appetite for the novelty. The only major housebuilder to attempt to build commonhold was Crest Nicholson, but with no sunset clause establishing a date after which commonhold would become mandatory, interest faded away.

LKP’s Westminster meeting was the first high level discussion of the subject since 2002, and a number of speakers addressed how the system could work.

The meeting considered papers provided by property law QCs Guy Fetherstonhaugh and Philip Rainey, together with input from Professor James Driscoll, a professor of law and property tribunal chairman, who had been part of the original advisory group.

A detailed review of the legal aspects of the discussion will appear over the next few days on barrister Amanda Gourlay’s web site “Law and Lease” which can be found here http://www.lawandlease.co.uk/

Guy Fetherstonhaugh explained that nobody would ever invent leasehold if it did not exist, and he set out a number of advantages for commonhold.

He also took the audience through a number of weaknesses in the 2002 Act and how those might be addressed.

Philip Rainey professed himself to be a little more agnostic, arguing that we should try to fix the many issues in leasehold law. He also warned that commonhold also faced some problems.

Professor Driscoll, who was part of the original advisory group on commonhold and a keen enthusiast, took the meeting through a number of misconceptions on the subject.

The lawyers also made clear that something would need to be done to persuade the housing market to favour commonhold.

Rob Plumb, the CEO of the HML Group plc, which is accredited to LKP, highlighted the various additional and unjustifiable income streams that are widespread in leasehold.

Mr Fetherstonhaugh reinforced the point by stating that a housebuilder adopting leasehold effectively gets to sell an asset twice. First, he sells the leases, then he sells on the freehold reversion with its right to ground rent and other potential incomes.

Philip Rainey suggested that perhaps ground rents could be abolished as an income stream on new build developments or, alternatively, that there be some relief on stamp duty for initial commohold sales.

Martin Boyd, co-director of LKP, made the point that the government had failed to use its influence in the social sector to help prime the commonhold system.

At the suggestion of Sir Peter Bottomley a number of MPs have proposed to meet the Homes and Communities Agency to find out why it had not done more to promote commonhold.

What was clear from the meeting is that although some have their concerns over commonhold – in particular, the weaknesses in the legislation compared with what has already been established with leasehold – that it is a system that would be welcomed by the sector if it could be made to work.

Liz Peace and Ian Fletcher, respectively chief executive and policy director of the influential British Property Federation, supported the idea of incentives being provided to ensure commonhold could be allowed to work.

The meeting was attended by representatives from the Ministry of Justice, the Department of Communities and Local Government and the whole of the senior team from the Competition and Markets Authority, who are currently conducting a market review of the leasehold sector.

That commonhold falls under the jurisdiction of the Ministry of Justice, rather than the housing minister at DCLG, has not helped its cause. This was something the meeting felt might be changed.

Lord Best, a crossbencher and chairman of the Hanover Housing Association, explained to the meeting that he and other Lords had also met Lord Faulks, Minister for Justice in the Lords, earlier that day to discuss ways in which the commonhold legislation might be improved.

Baroness Gardner of Parkes, who has been a staunch supporter of commonhold from the outset, again gave her full support.

At the end of the meeting, Sir Peter expressed his wish that the forum would continue and would meet again.

LKP would like to thank all those who gave up their time and effort to attend and make so many positive contributions to the meeting.

Formal notes of the meeting will be circulated next week to attendees and those who were unable to attend.

An assessment of the meeting can be read on www.lawandlease.co.uk here

Karen Peel, a leasehold reformer based in Yorkshire, attended the commonhold round-table and this is her view of the meeting 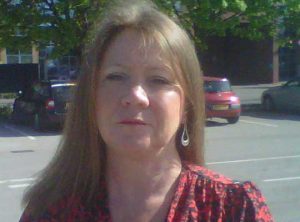 As a leaseholder, I attended the debate held at Portcullis House on June 26 to discuss why commonhold for new-build apartments and mixed-use developments has not been implemented.

I have come to the conclusion that this is because there are lots of organisations and companies that do not want to see it working, even though leasehold was deemed to be inappropriate for residential flat owners when Professor James Driscoll published his report back in 2002.

As someone who wants to see leasehold reformed to protect leaseholders from unscrupulous developers and landlords, I am not surprised by this lack of vigour for the promotion of commonhold within the industry.
Freeholders, developers, estate agents, pension providers, banks etc. would all have a great deal to lose if their cash cow were to be taken away from them by the introduction of the highly successful commonhold system.

I say highly successful as it seems to work all over the world, so why not here in England and Wales? Scotland also seem to do OK without leasehold tenure. Leasehold works to protect landlords and pension funds and not leaseholders, this cannot be right and proper. We now have the evidence it is not working and it is time for change.

There are some that may argue and say that leasehold can be reformed, but I do not believe it can be as others have been trying since 2002. The other key factor is the cost of making those reforms to leasehold and the time scales this will entail as nothing happens quickly when it comes to the law and I feel that a clean sweep with a new brush is the best way forward.

I would like to see all flats with leases having to divulge all the fees that have to be paid on a development at the point that the property is put up for sale.

That way buyers are aware of what a leasehold property costs to run on an annual basis. Currently, a buyer will only get this information when the solicitor has made their enquiries and is usually after the buyer has paid a small fortune in surveyors’ and solicitors’ fees.

I think all agreements on commonhold tenure should be set out in the same way as a Key Features Document is on a mortgage/insurance document, and is in plain English for clarity.

Far too many leases are worded in such a way that the general public have no idea what they are signing for and only find out after it is too late, usually when things start to go wrong.

I also think it would be good to have an Ombudsman Service which both parties would be able to access in the event of a dispute (as one does with any other financial purchase) it will help to keep the costs to a bare minimum and stop unscrupulous landlords and their lawyers from making a meal out of a very simple dispute.

Shortly, an Ombudsman service is being introduced for service charge issues regarding disputes between leaseholders and managing agents, why can’t landlord disputes be included in this?

There could be a small fee of a one off £10.00 when the lease is signed by the new buyer or current leaseholders could opt into this service for the same fee. This money is then put into the Ombudsman’s Fund to help pay for their services.

If commonhold were to be introduced there would be no need for ground rents, which are seen as a bonus to landlords as they are not used to maintain the development, only to justify selling their asset to other monetising companies.

How can this be right when we are talking about people’s homes?

Flat owners are used like pawns in a game of Monopoly and sold to the highest bidder and this needs to be stopped immediately.

I may be seen to be looking through rose-tinted glasses, but it is not difficult to sort out and make changes unless of course you are a freeholder or a lawyer!

For first time in 14 years, Westminster hears more of commonhold