Donate
You are here: Home / News / Will insurers leave flooded leaseholders in the soup?

Last week (Monday June 23) LKP met DEFRA Minister Dan Rogerson for a round table meeting with other leasehold groups about the flood insurance proposals in the Water Bill.

All are concerned flooded leaseholders will be left out of the government’s Flood Re scheme. The only organisations seemingly unconcerned is the Association of British Insurers.

In the past the industry’s “statement of principles” has provided some level of guarantee of flood cover, but this is due to be updated. Worryingly for leaseholders, DEFRA has taken much of its input from the powerful ABI (Association of British Insurers).

DEFRA’s view is that “Flood Re is designed to help people at the highest flood risk by making subsidised premiums available at a set price or ‘threshold’ (which varies by council tax band). The majority of people will continue to purchase cover through their insurer at prices lower than the Flood Re thresholds”. 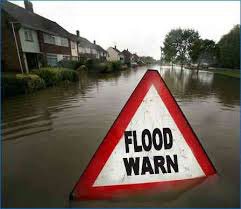 However, this new safety net has number of exclusions. Those properties built after 2009, those rented in the Privated Rented Sector, those with band H council tax, those in the leasehold sector, business premises. This means flooded leaseholders could be left out.

For once almost the whole leasehold sector is working together to explain to the minister why there are concerns over the Water Bill and the exclusion of leasehold properties from the Flood Re scheme, which guarantees affordable flood cover.

LKP’s concern – along with many other groups – is the exclusion of leasehold from the proposed safety net, even though concessions have been made in recent months to potentially include small blocks of three or less flats.

So the minister heard from the whole leasehold sector that there were worries about the loss of the affordability safety net could cause problems.

The only group attending the meeting who argued to the contrary was the ABI, who somehow became invited the Friday before the meeting. The ABI again assured the minister their members felt there would be no problem with flood cover for leasehold properties but provided no evidence to the meeting.

The minister listened and welcomed what he understood as the co-operative approach taken by everyone at the meeting.

Unfortunately, the ABI in true Mandelson style immediately briefed the press they were right and there was no evidence to support the argument there might be a problem.

The press briefing quotes spokesman Aiden Keer. It was the same Mr Keer who said on radio 4 You and Yours of February 27: “a lot of the lobbying we are seeing so far are using quite scaremongering numbers but no evidence as to whether an issue exists”

LKP’s position is that our review of the sector showed that the number of flats and leasehold properties is much larger than government had assumed and therefore more homes may be outside the safety net.

We are also not confident the EA flood data acts as a reliable indicator of how many homes at high risk may be leasehold. The ABI claims its position is based on evidence, but we are not aware they have provided any evidence to DEFRA in relation to leasehold homes.

In a letter to LKP DEFRA state the opposite is the case:

“For the Impact Assessment underpinning the flood insurance evidence base, Defra has conducted an analysis using industry data on the potential cost of the flood risk element of domestic policy premiums in a risk reflective market. This data was sampled from insurers’ domestic portfolios, and therefore it can be expected that it broadly reflects the current proposals for eligibility to Flood Re, which were designed by insurers to reflect the general practice of the industry. The data does not distinguish whether or not the properties within the sample were freehold or leasehold.”

At this late stage in the passage of the Water Bill there is now a limited opportunity to change legislation, but as the sector continues to work together the evidence will gradually emerge.

If the ABI is right then there will be no issue. If they are wrong then it seems likely it will be the smaller blocks and particularly those run by the leaseholders rather than through a managing agent with greater buying power where the problems seem most likely to emerge.

The ABI’s wrongly claims the whole sector is just a lobby which they seem to think is seeking to oppose Flood Re.

The sector does not oppose Flood Re for houses.

It opposes the fact we are moving to a position where the guarantee of flood cover is being removed from leasehold homes and we are meant to just trust the insurance industries claim there will be no problems.

Homeowner in Kingston gets £6,000 leasehold insurance premium, with an £10,000 excess if he is flooded