Both the Tchenguiz family and Peverel were named in a House of Lords debate yesterday on leasehold service charges.

They were singled out by Baroness Gardner of Parkes (Conservative) – the only freeholders and managing agents named in the debate – when referring to landmark LVT settlements, including the £1 million pay-back to residents at the riverside St George’s Wharf, in Vauxhall, last September.

“In the Charter Quay case [in Kingston, Surrey] against the same landlord, Mr Tchenguiz, in December, the Leasehold Valuation Tribunal found that many interconnected companies were entering into contracts with other Tchenguiz family-owned companies and in that case received an excessive commission of 23.5 per cent for insurance.

“The chairman said: ‘The result of entering these contracts has been extremely damaging financially, because the break clauses are so onerous.’

“Peverel, the management company owned until recently by the Tchenguiz family, had a very poor record of dealings with its leaseholders.

“There are too many cases where intermediate landlords or management responsible for arranging services such as insurance have agreed contracts which mean that they are pocketing money themselves to the detriment of their tenants.

“Transparency is necessary to reveal these situations and stop this abuse.

Rather than supporting regulation as the ultimate solution for the sector, Baroness Gardner urged a consolidation act to bring together the assorted leasehold legislation.

She pointed out that the support for regulation was unanimous in this area, with even the landlords’ British Property Federation in agreement – “yet it is often quoted by Ministers as opposing regulation”.

The BPF made its position clear on this issue at a meeting with LKP last month.

Baroness Gardner said that many who buy leasehold property “have no idea what is involved”.

“They are looking for somewhere they can afford to live and, generally, their focus is on buying the flat. They look at the service charge for that year but many will not be looking at this going up or at large capital outlay in the future for block repairs-these are often nasty surprises.

“They expect to be able to rely on managing agents-normally appointed by the freeholder or some other tier of landlord-to act fairly on their behalf. The leaseholder is always at the bottom of the pile.”

Baroness Gardner concluded her ten-minute address: “We all want to live in a fair and just society. We do not want to spend hours and days trying to get things done that should be done routinely and correctly. Having to complain, let alone having to do it formally through tribunal proceedings, is a slow and laborious process. Life does not need complication but simplification, and above all clarity.”

What have LVTs done for us? 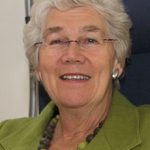 Yet complaints against managing agents have quadrupled in the last ten years, according to Baroness Maddock.

“At the heart of most of the problems is the fact that the interests of the leaseholder-the one who usually has the most financial, practical and emotional investment in a property-are all too often excluded.

“As the noble Baroness, Lady Gardner, has pointed out, the balance of power between the freeholder and the leaseholder too often seems to be to the advantage of the freeholder. Furthermore, the root of many problems is that lessors are excluded from management decisions despite the fact that they are the people paying.

“There is no independent or compulsory regulation. This situation allows unscrupulous and incompetent managers to continue operating and undermines the influence of those living in managed properties.”

“I can still hear [Lord Rooker, the then minister] saying that the local valuation tribunals would improve matters for leaseholders.”

“The lowest source of redress for leaseholders is the land valuation tribunal, but it is often lengthy, expensive and bureaucratic. It is particularly detrimental for poorer households.”

She added: “I hope that this short debate this afternoon will assist the Minister [Baroness Hanham] in trying to bring home to the Housing Minister, Grant Shapps, how important this is if he really wants to ensure that we have more affordable homes for people.” 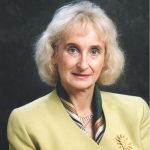 Baroness Greengross (cross-bencher) the president of the Association of Retirement Housing Managers – which is revising its code of practice – placed her faith in mediation schemes.

“It is difficult, not least for the providers of schemes, who are dealing with people who are often prepared to spend 12 or more hours a day focusing on those issues and who can make amazing barrack-room lawyers – I do not want to be insulting – because they have so much time to concentrate on that. So it is a difficult as well as an important issue.”

“Housing designed for older people whose needs change as they age faces an almost built-in conflict of interest. They need more services as they age, so the costs are going to rise as more care is provided. Their income tends to be less over the years. They wish to reduce the cost but they need more services. Older and frailer residents are more costly, so when residents manage the schemes themselves they may wish to sell to active, fit and therefore younger people.” 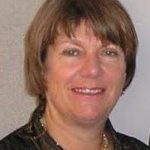 Baroness Miller of Chilthorne Domer (Lib-Dem), who has been a leaseholder in Kennington, in South London since 2002, has seen her service charges steeply increase although they “have not gone up as much as some that I have read about’.

Only this year have her managing agents given a projection of capital repair charges, which she described as a “terrific breakthrough”.

“If there were going to be regulations, a five- or 10-year forecast should be obligatory and would help tremendously. Last year, the surcharge for external works was £2,000 on a two-bedroom flat. That is a huge amount when it has not been foreseen more than 12 months before. Not many people can just find £2,000 in a year.”

The issue of loaded insurance costs was was highlighted in the London Assembly report Highly Charged, and before the debate Baroness Miller found that there was a £5,000 a year charge for insuring against terrorism. This is not a notable threat in Kennington, and most houses in London forgo the cover.

In an aside that will be very familiar to many leaseholders, Baroness Miller said: “What made the biggest difference over the decade was the revival of the residents’ association under the chairmanship of somebody who devotes a vast amount of time and energy, entirely voluntarily, to making the sorts of improvements that we should expect good regulation to make.

“If anyone was going to speak this afternoon it should have been her, because she is a truly great expert on this. She also managed to end the perhaps unintentional divide-and-rule culture of the management company, whereby leaseholders did not come together to take on the management company over issues. Giving information about issues, and getting a consensus among leaseholders on how to resolve them, is tremendously important.”

She compared the position of leaseholders to freeholds/managing agents to David and Goliath and added: “We should give a few stones for David to hurl at Goliath with his catapult. That would make an enormous difference. If we achieve anything as a result of this debate it should be in that direction.”

Bring on the Ombudsman

Lord Best (Cross-bencher), the chairman of The Property Ombudsman, for estate agents, said: “We know that the Government are not keen on any new regulation in the private rented sector. The property ombudsman has argued for the same requirements on managing letting agents as exist for estate agents under the Consumers, Estate Agents and Redress Act, which would make it compulsory for all agents to belong to an ombudsman scheme.

“In the absence of such legislation, it seems that we must rely on voluntary action by agents to join an ombudsman scheme. The advantage to the agents will be that as consumers become aware of the difference between agents that belong to an ombudsman scheme where they can get their disputes addressed and agents that are outside such schemes, the market will ensure that few agents remain beyond the pale.”

Are the LVTs actually working? 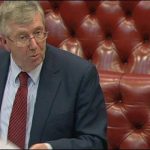 Lord McKenzie of Luton, a former Labour minister and a leaseholder said: “This debate has, if nothing else, spurred me to be more diligent in reviewing the paperwork.”

He wanted to know the government’s view on how the LVT system was working.

“The concerns around service charges are inflated prices, not having to achieve value for money, undisclosed commissions, awards of contracts to related companies of managing agents, and the lack of security for leaseholder moneys.

“The report prepared by the London Assembly also raised issues concerning the leasehold valuation tribunal, suggesting that the process was getting increasingly complex, with an impact on cost. There was difficulty in getting information from landlords, who were increasingly employing counsel, reflecting on-costs. What is the government’s assessment of how the tribunal is currently working?”

Government: we are not going to do anything 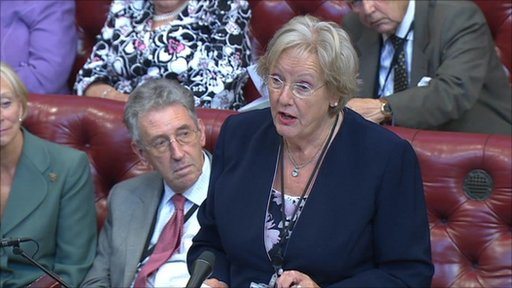 Baroness Hanham: we do not intend to intevene

Baroness Hanham, Under-Secretary of State, Department for Communities and Local Government, repeated that the government had no intention of intervening in this sector.

“They need to know whether the managing agent has been appointed by the freeholder and what responsibility they take if that managing agent is not standing up to proper scrutiny. At the end of the day, leaseholds are the responsibility and under the ownership of the people who live in a block of flats and it is very much in their interests to have an organisation or association to use to help manage it. Although I accept that that involves a big responsibility on those who do that, there are some very determined leaseholders who manage to achieve it.”

Baroness Hanham was pressed again on the issue of the effectiveness of LVTs by Baroness Maddock.

The minister said that LVTs were now part of the Ministry of Justice – “It seems ridiculous that that has got out of our hands, but that is where it is” – but that she would find out about it and reply to Baroness Maddock.

Similarly, she would reply to Lord Best on ombudsman schemes.

Baroness Hanham added that both the RICS and ARHM codes are being revised.

Hansard debate can be read in full here:

‘Five million leaseholders is a lot of votes’, the Lords are told