Donate
You are here: Home / Latest News / LKP poised to mine information on leasehold, after being admitted to Open Data Institute 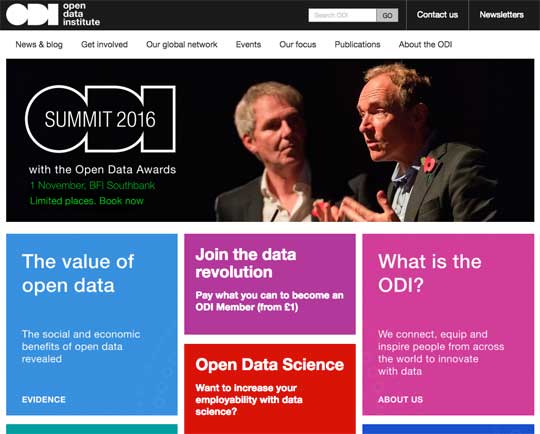 LKP is delighted to announce that it has been accepted onto the Open Data Institute’s start-up accelerator scheme.

This is a very prestigious accolade. Of the 83 applications for the scheme, four were accepted

The ODI was co-founded in 2012 by the inventor of the web Sir Tim Berners-Lee and Sir Nigel Shadbolt, an authority in artificial intelligence at Oxford University, to address today’s global challenges using digitally stored information. High profile board members include Lastminute.com founder Baroness Martha Lane Fox.

The lack of viable data on the leasehold sector has meant that government housing policy over a number of decades has been based on inaccurate assumptions.

On many occasions that guesswork has meant that government has drastically under-estimated the size of the leasehold sector, its structure, its growth and the problems it faces.

It took LKP many months, and a considerable amount to work, to produce data on the real size of the leasehold sector in 2014.

DCLG officials then went on to produce a new official “methodology”. That saw the official size of the private leasehold sector jump from 2 – 2.5 million leasehold homes in England to 4.1 million. This figure excludes a probable further million plus socially rented leasehold homes.

Even this new estimate is likely to be conservative.

ODI will hopefully allow LKP to produce more data over the coming years, from the Land Registry and the Ministry of Justice records.

We would like to express thanks to Sir Peter Bottomley, who took time out from Westminster to make a Dragons’ Den style presentation with Martin Boyd and Sebastian O’Kelly at the ODI in the summer.

LKP lunch-time Friday lecture: How we made 2.1 million homes appear