Donate
You are here: Home / Latest News / LKP urges minister to include leaseholders in Flood Re insurance plan 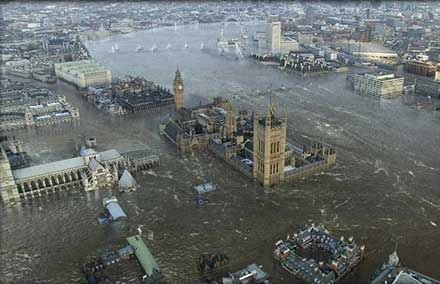 Most flat owners remain excluded from Flood Re, the government’s scheme to ensure that flood-prone properties are covered by some form of insurance.

Flood Re is a government-brokered deal with insurers that aims to ensure that those in homes at risk of flooding will be protected from high insurance premiums.

The draft regulations currently stand to exclude a number of groups of the property industry, including the majority of leasehold properties.

Top end properties in council tax Band H were also excluded, but today they were added to the scheme. So the affluent have been favoured and the flat-owning masses penalised.

Martin Boyd, of LKP, has participated in the sector-wide discussions concerning Flood Re. which have gone on for most of this year. It is one of the first times the sector has coordinated in this way with groups including the BPF ARMA ARLA, RLA BIBA, RICS, CML FPRA working together.

It was as a result of this involvement that he undertook some proper research into the size of the sector.

The government now accepts his figures of 4.1 million private leasehold properties, as opposed to 2.5 million, which had been the assumed figure for years. There are numerous implications behind this revision some of which have direct impact the flood Re. proposals.

LKP is certainly not alone in deploring the exclusion of leaseholders from Flood Re.

Ian Fletcher, director of policy at the British Property Federation, said: “While we are pleased for those homeowners in Band H, there is little festive cheer in this announcement for leaseholders, landlords and small businesses.”

“The Government and insurance industry continues to pick and choose who can participate in Flood Re, seemingly at whim, and this latest announcement will look odd to the millions of owners of flats, that they are not protected against escalating premiums, whilst the most expensive houses in the country are. Promises that the Government and insurance industry will monitor the situation of those excluded groups are worthless whilst they remain so airy-fairy on what would trigger them to act, and how they would do so.”

What has been clear throughout the process is that DEFRA has worked very closely with the Association of British Insurers and relied on their advice. At the one sector wide workshop the Minister was warned by every group other than the ABI there could be problems by excluding leasehold properties from the scheme.

The government statement today on Flood Re

Will insurers leave flooded leaseholders in the soup?

Roger Southam takes over as LEASE chair
Next Post: LEASE is recruiting … But why the pandering to the sector’s commercial interests?