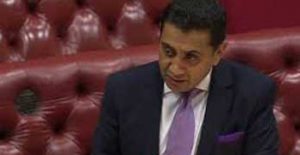 Recommendations by the Competition and Markets Authority to make right to manage applications less problematic appear to have been rejected by the government.

The rebuff came the same day of the Budget speech (March 18) that said the government “will take forward CMA recommendations, and other actions agreed with the CMA, to improve the market for residential property management services”.

But in the Lords, Baroness Gardner asked what plans the government had to amend the qualifying threshold for leaseholders to activate a change of management.

Specifically, she referred to leaseholders who fail to reply to an RTM application to be deemed to have agreed to a change of management.

This would make it easier to meet the RTM threshold.

LKP has alerted politicians to the game-playing tactics of freeholders to frustrate RTM applications and to hold on to the lucrative but often dubious revenue streams in residential management.

“The Government currently has no plans to consider amending the criteria for exercising the right to manage, to enable non-responders to have been deemed to have agreed to a change of management.

“Exercising the right to manage should not be taken lightly. There are significant responsibilities; it commits members to costs and creates liabilities.

“In the circumstances we believe that it is essential that everyone understands the responsibilities and commitments they are making and it is therefore important they are actively engaged in the process.”

It is not known whether Lord Ahmad’s remarks amount to a rejection of all the recommendations concerning right to manage in the CMA’s leasehold management report of December last year.

“There are also circumstances in which it can be difficult or impossible to obtain RTM, for example rights do not apply if the proportion of commercial property is above 25% or if not all flats have been sold, and it can be difficult to meet the required thresholds in mixed blocks with tenants, as is likely in housing association blocks.

“We also heard of cases where landlords or property managers have tried to put residents off by highlighting potential risks and costs and seeking to hold RTM Co directors responsible for any legal costs arising.

The issue of easier RTM was also addressed by Phillip Rainey QC at the Leasehold Knowledge Partnership House of Commons round-table on January 29, which was attended by 70 stakeholders.

He pointed out that after RTM was introduced in 2002 the intention was that Parliament would extend it after it had bedded in.

“There is currently a cottage industry in resisting RTM because acquisition of the right is beset by technicality and because, if the landlord wins, he gets his costs, but if the tenants win, they don’t.

“Acquisition procedures should be simplified and the effective one-way cost-shifting repealed.

“More fundamentally, it might be queried why 50% of tenants should have to back RTM (by joining the RTM company) given that once it is acquired, the numbers who are members of the company may drop below 50% without any particular consequence.

It seems likely that Lord Ahmad’s rejection of right to manage reform is not the last word on the subject.

Recognised tenants’ associations should be easier to form

Freeholders must not get away with ‘abusing’ leaseholders, says Bottomley in Budget debate

Freeholders must not get away with ‘abusing’ leaseholders, says Bottomley in Budget debate
Next Post: LKP and LEASE thank DCLG civil servant for helping leaseholders