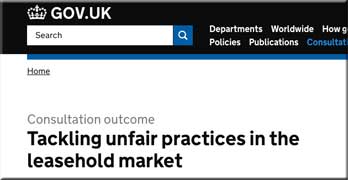 Responses to the government consultation

Will Astor ‘tried to nobble reform of ground rents’, Daily Mail claims
Next Post: Housebuilders shares crash over ground rents, with McCarthy and Stone down 10%