Donate
You are here: Home / Latest News / Recognised tenants’ associations should be easier to form

… because they can examine the books 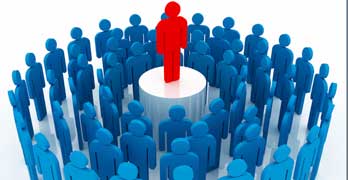 LKP  is very pleased the government has launched a consultation on “Making it easier for leaseholders to gain recognition of a tenants association”.

A recognised tenants’ association has one significant power: it can call in an auditor to examine the accounts.

The government uses the word “tenants”, rather than leasehold owners or residents, because under the law a leaseholder is a tenant. Inevitably, this will cause some confusion government also uses the term tenant to refer to those renting in both the private and social sectors.

Details of the full consultation can be found here.

We would urge as many leaseholders managing agent’s and even landlords to respond to the consultation which ends on the 22nd May.

The consultation follows on from work that has been done by LKP and others over the last five years. A formal submission was made to Eric Pickles, Secrertary of State at DCLG, on November 2013 asking for this review.

The housing minister formally agreed to go forward with a consultation last year.

Many of you also attempted to engage with Grant Shapps in 2010.

Shapps’s standard answer to almost everything was to assert that the existing systems provided sufficient “balance”.
How things have changed. Now officials accept leasehold is a much larger part of the housing market, does have some fundamental problems and must improve in the future.

Please do respond to the consultation and please make sure officials are made aware of the problems you may have faced with the various strategies some landlords and managing agents use to prevent or delay formal recognition.

The proposals of LKP are here LKPproposals

The minister’s reply to Sir Peter Bottomley is here ReplytoBottomley

Too expensive to give figures on leasehold forfeiture, says Ministry of Justice
Next Post: Right to manage in chaos after Court of Appeal decision