McCarthy and Stone has decided to give Peverel its marching orders at 25 retirement sites where it still owns the freeholds – although two weeks ago it said it was not going to do so (see below).

Many of the sites still have flats for sale and it is likely that the housebuilder that pioneered all that we know and love about retirement leasehold wanted a clean break with a brand such as Peverel. The property managed is enmired in the Cirrus price-fixing scandal and awaiting the final report from the Office of Fair Trading.

Two years ago, Peverel has also been dropped by the upmarket Berkeley Group and by Barratt, which has set up its own in-house management company.

The sites will instead be managed by MSMS (McCarthy & Stone Management Services) and the decision affects all sites where Peverel’s management agreement is due to expire in February next year.

In a statement to Campaign against retirement leasehold exploitation (see below), which was copied in to Sir Peter Bottomley, McCarthy and Stone emphasises that there will be a cultural shift in the change:

“In MSMS, service charges are provided at cost and MSMS does not charge commission on any of the services that are provided, unlike other national managing agents.

“MSMS’s policy is one of consultation and complete transparency, openly discussing issues as they relate to home-owners and their development.”

There were no expressed regrets at tossing Peverel overboard – a company that rose from being an obscure Bournemouth estate agency after hitching a ride on McCarthy and Stone’s coat-tails.

At one point, from the late Eighties to mid-Nineties, Peverel was owned by McCarthy and Stone. But it was sold off in the early 1990s after scandals over excessive service charges.

This resulted in a disastrous £800,000 libel action by McCarthy and Stone against the Daily Telegraph in 1991. McCarthy and Stone founder John McCarthy gives a fascinating account of this incident in his book, Building a Billion. More here

Peverel is not going without a fight, however.

At Clarkson Court, Woodbridge, in Suffolk, Peverel has offered to residents to organise a right to manage application if they wish to stay with the property manager.

This is unlikely to please Mark Riddington, the chief executive of MSMS, who is shortly to visit Clarkson Court with his assistant Peter Alderman.

Another site where the change is taking place is Forest Court in Chester.

Here it is reported to Campaign against retirement leasehold exploitation that feelings are running high, supposedly because of yet more unfortunate problems with a lift breaking down in a retirement site. If so, it would be unfair to blame Peverel as McCarthy and Stone, which built the building, is still its freeholder.

Forest Court is another example of a site with flats still for sale: Mc&S claims it is 75 per cent sold is still attempting to attract buyers, which may be why it was decided Peverel had to go.

Campaign against retirement leasehold exploitation has obtained a full statement from McCarthy and Stone on the changes:

1/ Is Peverel being removed as managing agents at Mc&S sites where the developer still owns the freehold?

McCarthy & Stone Management Services (MSMS) is planning to take into management a number of developments currently managed by Peverel.  This is happening on developments where McCarthy & Stone remains the Landlord and where the initial management agreement with Peverel is due to expire in February 2014.  For all home-owners in these developments, the planned transition will be seamless and uninterrupted, with the intention that the existing House Managers will transfer over and continue in their roles.  The range of services provided and the Service Charge budget will remain the same.

The aim, over time, is to improve the services provided to home-owners in these developments and control costs.  This can be achieved through MSMS’s membership of the larger McCarthy & Stone group.  In MSMS, Service Charges are provided at cost and MSMS does not charge commission on any of the services that are provided, unlike other national managing agents.  MSMS’s policy is one of consultation and complete transparency, openly discussing issues as they relate to home-owners and their development.  It also shares the individual costs that make up the Service Charge with home-owners and outlines the methods for calculating the resulting charge.  The Service Charge for each year is agreed in consultation through an open-book budgeting process with residents.

2/ How many sites are affected? Could you supply me with a list of them?

There are 25 developments in total.  We are not able to provide a list as this matter is confidential.  McCarthy & Stone must respect the rights and privacy of its home-owners and their leases.

3/ Who will take over the management of the sites?

As the Landlord, McCarthy & Stone has written to all home-owners where these transfers are proposed to take place to inform them of the planned change to MSMS, its preferred managing agent.  Meetings are being arranged with home-owners in every scheme to introduce MSMS, to explain the process and answer any questions arising.  All home-owners in retirement leasehold accommodation have the right to appoint their own managing agent through Right to Manage if they so choose and we are happy to discuss this where necessary.

4/ Does this decision reflect dissatisfaction on the part of Mc&S with Peverel’s management? If not, what are the reasons for the decision?

5/ The residents at Forest Court are reported to be critical of Peverel’s management, particularly regarding issues concerning a broken lift. Has this issue been reported to Mc&S; are only 20 flats sold at the site; will you replace Peverel with your own in-house management company?

6/ The removal of this particular property manager may be an occasion to reconsider the management of your remaining sites. Would Mc&S consider establishing resident management companies in each site, effectively granting right to manage, so that those who have the greatest financial interest in a site – the leaseholders – control its management?

All home-owners in retirement leasehold accommodation have the right to appoint their own managing agent through Right to Manage if they so choose.  McCarthy & Stone believes that, through MSMS, it provides a professional, industry-leading and cost-effective service.

What a difference two weeks makes …

Mark Riddington, who heads McCarthy and Stone Management Company, wrote back on October 23 to say “The simple answer unfortunately is no.”

Yet now it is confirmed that McCarthy and Stone will be taking back the management of 25 sites. 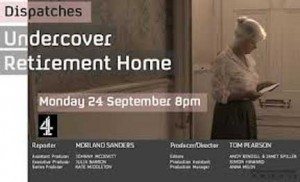 LKP / Campaign against retirement leasehold exploitation has plenty of issues with McCarthy and Stone, which was the pioneer of retirement leasehold in the UK (including exit fees; absurdly high sub-letting fees; flogging off the freeholds; the questionable part-exchange form of purchase highlighted by Channel Four’s Dispatches  …).

Nonetheless, the direct management of McCarthy and Stone is good news for anyone who has bought at one of these sites.

The full Epstein / Riddington email exchange is below:

My elderly mother is geting to the stage of life where she would like to purchase a pre owned Mcarthy and Stone apartment.

However, she is put off by some horrendous stories concerning the management of Peverel.

I understand you no longer use Peverel on new builds since 2010, instead using your own in house management.My mother would feel much more confident if she could live in a development managed by you. Have you any plans to bring all Mcarthy and Stone developments under your own control?
Many Thanks, Michael Epstein

The simple answer unfortunately is no.  As you say McCarthy & Stone set up their own in-house management company in 2010, which means there are now over 60 Later Living and 25 Assisted Living developments across the country.  These developments may have some pre-owned apartments, although I acknowledge that they may not be in the right location.

I am sorry that I cannot be of more assistance and wish you and your mother well.