Donate
You are here: Home / News / Neo Bankside leaseholders offered freehold for £4.8m, but have eight weeks to agree deal

Pity the poor folk – well, as in unfortunate – who own flats at Neo Bankside, which is often confused as an art installation by gawpers in nearby Tate Modern.

Their landlords – interests ultimately owned by the dukes of Westminster and Buccleuch and [to be clarified] Native Land – are flogging off the freehold to the riverside pads for £4.8 million.

This means the leaseholders had two months (now, six weeks) to gather the money – not an insurmountable difficulty in a place where penthouses sell for £7 million.

But more of a challenge will be to get more than half the 217 residents to agree to buy.

Many are foreign nationals, 60 per cent don’t live there and most are clueless about English leasehold law and its hidden perils.

Factor in the deal being offered in July and August, and one could almost suspect the landlords of having another purchaser already lined up.

One who would pay considerably more than the £4.8 million the freehold has to be offered to the residents. And perhaps one who might feel less noblesse oblige in getting a decent return from the asset through leasehold’s many murky income streams. 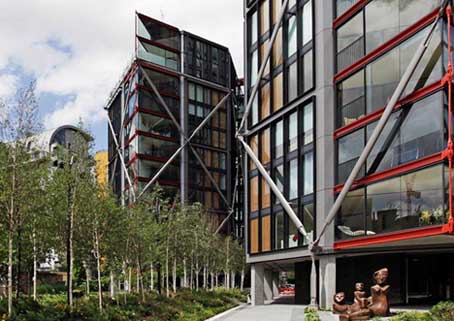 Neo Bankside does in fact have a residents’ management company. The landlords’ appointed directors stood down in April, replaced by four nominated leaseholder director, with two more in June.

There seems to be little appetite beyond a dozen or so informed residents to act on this offer.

The leaseholders should certainly make every effort to buy the freehold, which is a once-only offer. Any future attempt to buy will cost far more.

Game playing over the offer of sale of freehold – to comply with right of first refusal – is routine in the leasehold game.

The freehold of Discovery Docklands East, opposite Canary Wharf, was offered to the leaseholders for £600,000 in the confident expectation that the leaseholders would be too shambolic – as usual – to buy it.

Stuffed with investment bankers, Discovery Docklands East accepted the deal in two weeks. The freehold was then promptly withdrawn from sale.

However, with the price set, the leaseholders were in an excellent position to enfranchise and compel the landlord to hand the freehold over.

At Neo Bankside, the habitual confusion over English leasehold law, common enough in modest blocks of flats, is present.

But then there is no other city in the world except London where you can pay £7 million for a tenancy.

The freehold offer is the latest drama to beset Neo Bankside.

Since last summer visitors to Tate Modern’s outdoor viewing platform have been able to peer in through the windows.

It’s an invasion of privacy, and possibly human rights, argue five residents who in April launched a legal action heading for the High Court.