Donate
You are here: Home / HomeSlider / Number of leasehold homes is DOUBLE the figure the government believes, says the Leasehold Knowledge Partnership 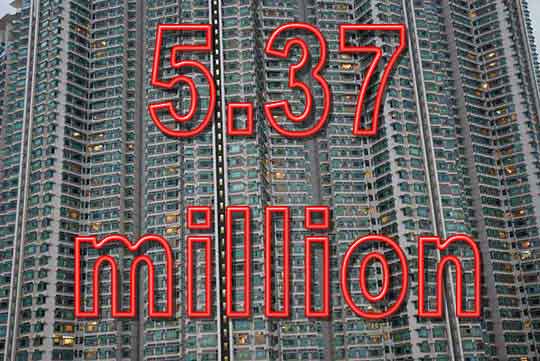 The residential leasehold sector – mainly flats – is the murky corner of the housing market … and it is far larger than any government body has realised.

The Leasehold Knowledge Partnership today publishes a report demonstrating that there are 5.37 million leasehold properties in England and Wales (end of 2013).

The figures show that leasehold is 21.6 per cent of the total housing stock by number of properties.

The Leasehold Knowledge Partnership’s analysis has been accepted by the British Property Federation and the Council of Mortgage Lenders in recent submissions to government regarding the Flood Re insurance scheme.

(Leasehold flats are excluded from the scheme.)

Approximately 60 per cent of leasehold is privately owned. That is 3.25-3.5 million properties.

Another 40 per cent is rented out through councils and other social landlords, totalling 1.8-1.9 million units.

Within the privately owned sector more than 50 per cent is then sublet to the private rental market.

These figures are based on datasets in the 2011 Census and the figures from the National House-Building Council (NHBC) of January 31 2014.

They contrast with the figures from government and public bodies that have repeated that there are about 2.5 million leasehold properties in England.

The London Assembly reported (“Highly Charged, March 2012) that there were 500,000 leasehold properties, but the correct figure is three times as much.

Almost ALL new residential property in London is leasehold.

Retirement housing accounts for 500,000 leasehold units, of which 100,000 are privately owned, the remainder are rented.

Residential leasehold is a sector rife with scandals. Some behaviour is criminal, according to Sir Peter Bottomley.

Much dubious, and possibly unlawful, activity is assisted by lawyers, accountants, auditors and surveyors.

These are the routine activities reported by the Leasehold Knowledge Partnership and Campaign against retirement leasehold exploitation:

Examples of these injustices can be provided to media.

MPs back Leasehold Knowledge Partnership call to reform residents’ associations – drawn up by the man who won back £500,000 off Tchenguiz / Peverel

FT quotes LKP’s leasehold figures in flooding report
Next Post: Tchenguiz Family Trust seeks £5,000 for conservatory ‘built 25 years ago’ … and Peverel will not permit their house manager to confirm when it was built