A number of key figures in leasehold were in the audience of the All Party Parliamentary Group and several asked questions.

In the North East and in the North West houses have traditionally been sold leasehold whether on the second hand market or new-build market.

Barrett’s practice has been to link ground rent with RPI and that has been our practice for a long period time.

In Manchester we sold 900 houses last year that were sold on a leasehold basis for around £200,000. The ground rent was slightly below £200 on an RPI basis.

The final point I would make is that ground rent whether it is £200 or £5,000 it is an asset class. What you have seen over the last seven or eight years is that while bank base rates have dropped to zero, ground rents have traded at significantly higher values.

Ground rents are worse for flats

I just wanted to make the comment that although it is really good that we are recognising these issues with ground rents on leasehold houses, there is actually a much bigger problem which has been happening throughout the last ten years.

This is informal lease extension on leasehold flats which aim to do this very thing [of introducing onerous ground rent conditions].

They are a carrot on a stick. They are made to look as though the leaseholder is getting a deal [because an informal lease extension seems cheap and quick] but the implications are hugely damaging to the leaseholder.

On our estimation this is happening between 10,000 and 15,000 times a year on lease extensions.

There are vast swathes of flats in inner London that have signed up to these deals without understanding the future implications.

So it is a much, much bigger problem and it does not just affect houses.

Two years later she decided to get rid of the freeholder and she now has to pay the freeholder £38,000 just to buy out the onerous ground rent terms that were introduced.

This has £38,000 in just two years. So it is a much bigger problem that we are facing here.

It was interesting hearing about this being a feudal system and the exercise control in leasehold, which resonates in another area of concern.

This is the increasing fees that are being charged by leasehold administrators in the sale process.

One of these is the certificate of compliance, which is to confirm that a deed of covenant has been entered into and is simply a construct of the lease administrator to raise money as of course the signed Deed is evidence in and of itself. They often charge hundreds of pounds and without this document being paid for, it actually blocks the ability of the leaseholder to register the purchase of the property at the Land Registry.

So it is actually depriving the leaseholder from their own asset and the security of registration.

These fees are another area that we do need to look at as it is not just ground rents that are fuelling this asset class it is also the unreasonable administration fees for which there is no redress scheme due to a loophole in the Commonhold and Leasehold Reform Act.

I wholeheartedly agree with Philip Rainey that ground rents should be expunged and it would be quite easy to legislate.

Mr Rainey also said that developers have to profit somehow and that should come from sale price. So does he not envisage that if you expunge ground rents completely all developers will do is hike up sale prices?

How are you going to deal with that situation where you can stop developers from hiking up the price in order to make up for their lost ground rent investment?

[Both Philip Rainey and housebuilder Bob Bessell believed that the market would decide prices, rather than ground rent terms. Their answers are given in the reports of their speeches.]

We ‘won’ at Canary Riverside, but billionaire freeholder is running rings around the system

[LKP is not identifying the leaseholder at this high-end development, as the dispute with the billionaire freeholder is extremely acrimonious. 110 leasehold resident members of the residents’ association were threatened with defamation proceedings.]

Some things have not been covered at this meeting. We have 999 year leases with no ground payable in a mixed-use development. We have had desperately poor management and we took the only route open to us which was a section 24 application [the appointment of a court appointed managing agent].

We won that application, but it does not feel as though we have won because the property tribunal cannot enforce its own decision. The landlord, a billionaire, is running rings around the legal system. So we feel that we have not won.

As leaseholders, we are the people who own our own homes … but somehow we don’t. I agree with my friend here who said that leaseholders are a cash cow.

Jim Fitzpatrick, MP commented: “This lady is a constituent of mine and with the greatest respect to everybody else in this room she is the most important person here.”

Time to act for leaseholders 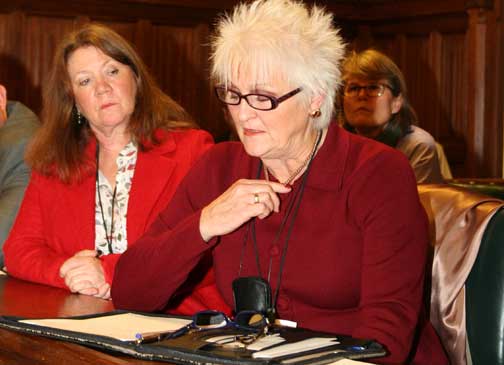 Large builders and developers are such an influential group. Many are making huge sums of money often at the expense of leaseholders. The government has no stomach to legislate to make changes.

The time has come to do something. I’ve been attending these meetings for four years. I am urging people particularly in government to make the changes.

We have got a number a number of right to manage companies collapsing because RTM companies are not transferrable on sale.

So, ten people get super excited and do it and then after a few sales with the best will in the world you can cannot find people willing to be RTM directors. The costs of running the RTM should become service charge expenses, but that’s not allowed under the current legislation.

As people see good management, apathy sets in and new buyers and even existing owners opt out of the RTM to avoid paying the RTM costs. We have got sites where one poor person is left carrying almost £1,000 of expenses purely because RTM is not transferrable.

Sadly, he did not share his thoughts at the meeting.

Lord Astor’s son Will, who worked for six years with mercurial, wrongly-arrested ex-tycoon Vincent Tchenguiz, runs Long Harbour, a fund of £700 million of residential freeholds. Adriatic Land freeholds are managed by him.

Lord Astor’s interest in land law has been limited to accusing Nicola Sturgeon and her SNP friends of staging “a Mugabe-style” land grab in wanting to place a million acres in Scotland public ownership by 2020. Edinburgh is also asking disobliging questions about landed estates owned offshore.

We were delighted to learn that he is concerned about unaffluent first-timer buyers burdened with doubling ground rents in Bolton, and reforming landlord and tenant law.

We look forward to seeing Lord Astor at future APPGs.