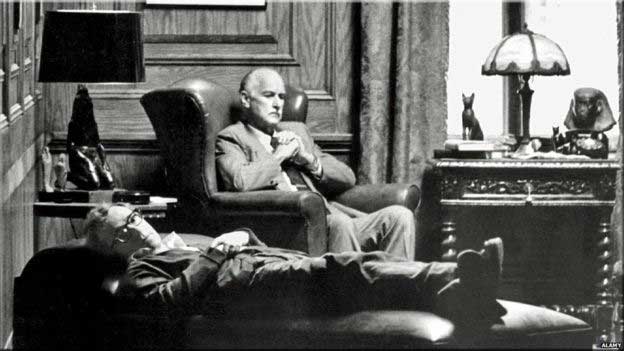 More flannel from the chairman of the Leasehold Advisory Service that the main problem with leasehold is … ignorant, quarrelsome leaseholders.

“Sometimes the queries feel more like they need counselling and relationship advise than leasehold advice,” says Mr Southam on the website of the Leasehold Advisory Service.

They are the problem. Not the leasehold system of tenure, or exploitative freeholders such as Martin Paine, of Blythe Court fame, worming £8,000 a year ground rents into lease extension deeds of variation (which, in fact, have been missed by several firms of professionally knowledgeable solicitors).

(Incidentally, as Mr Paine, of Circle Residential Management, was a regular at the annual conferences of the Leasehold Advisory Service, one could question whether he was educated in his unappetising approach to property management at taxpayers’ expense, courtesy of LEASE. If so, thanks for that.)

Roger Southam seems to have made it his mission to pour balm on the troubled waters of leasehold. It did not begin well last year at the LEASE annual conference, when he asked a hall full of leaseholders what he assumed would be a rhetorical question: “Who hear thinks that their landlord is ripping them off?”

A near unanimous response of “me” by several hundred people was the result, and the only one surprised was Mr Southam.

Now there is an initiative to ensure that leaseholders know what they are letting themselves in for when they buy a flat. The result will be advice circulated to conveyancing solicitors.

LKP is helping, along with other “stakeholders”.

Our suggestion that estate agents, and the general public, cease referring to leaseholders as homeowners, because they are tenants in law, did not go down very well.

Mr Southam, indeed, was vocal and indignant against the idea. Curiously, we got backing from heavyweight figures in the trade bodies, who also thought it worthwhile for estate agents to make this distinction precise and clear.

Of course, estate agents like to be as obscure as possible about issues concerning flats: such as the short lease length; high ground rents; ever-rising service charges etc. None of these points can really be said to assist a sale.

Mr Southam is not wrong in saying that a few leaseholders appear to be a bit touched. LKP has had its fair share as well.

Flats are lived in by some lonely and isolated people, for a start.

But some are driven round the bend by the unfairness of the leasehold system.

Education does play a part in this. French and Italian flat owners, in my direct experience, have a very clear understanding of what they own and their obligation to manage their building.

Having an early cut from work to attend the condominium meeting is absolutely accepted in Paris or Milan, and probably New York and Sydney, too.

In England and Wales, where leasehold uniquely exists, flat owners can be clueless, and even where they understand a bit there is still a lot that is unclear.

That is not altogether surprising given the complexity of leasehold; the risks involved in multiplying ground rents; lease lengths and property tribunal litigation (which is, quite wrongly, emphasised to be a low cost forum).

What Mr Southam is not saying is that this lack of knowledge suits freeholders and the big unconsumer friendly property management companies just fine.

LKP is all in favour of proper education of leaseholders: it is our primary purpose.

But a lot of the leasehold sector is a scandal, and it draws in some of the worst sharks in property.

LEASE does not say a work about these problems – nor does the terracotta army of landlord and tenant lawyers and surveyors whose nice freehold houses and private school fees depend on this sector not working very well.

If LEASE can’t do better than blame leaseholders for their predicament, perhaps taxpayers need to start questioning whether there is any point to LEASE at all.

Here is Mr Southam’s statement on the LEASE website:

Every day the Leasehold Advisory Service is dealing with issues and questions from leaseholders and professionals and every day the team delivers of its best to find solutions and address the problems. Sometimes the queries feel more like they need counselling and relationship advise than leasehold advice. I have said before and will keep repeating that leasehold is all about living in a community. With that brings requirements of give and take and sharing.

I know each time I say this there is a chorus that I am missing the point and it is the law that’s flawed and leasehold is all bad. Well in that regard there are areas that could be improved, but generally it is not the law. Generally it is feeling the service charge is too high; feeling the landlord is not fair; noise from neighbours; falling out between parties; what happens if someone wants to extend into the loft space; what to do about lease extension; and the list goes on!

Sure there are costs arising in handling some issues but that should be factored in to the purchase price of the flat. Knowing the rights and responsibilities is a factor on purchase to get clarity. All of these matters have to be highlighted and clearly explained so eyes are open.

To this end LEASE has initiated a new education initiative pulling together organisations from all sides of the leasehold sector and endeavouring to spread wider to consumer organisations to ensure that the delivery meets the needs and aspirations of all sides, as well as being accessible and made aware as widely as possible. Initially we are taking the twenty most frequently questioned areas of leasehold and putting on to the web in easy to access form. This project is at the earliest stages and we will keep all advised as it progresses and moves forward.

Leasehold has always needed explaining but as we see right to buy with housing associations come to the fore then there will be a host of new leaseholders created. This will mean more awareness and education is required to alert the new classes to rights and responsibilities.

One area that will stay in the focus of LEASE is creating more active initiatives to help leaseholders along with working to see fairness in management and running the properties. It is a constant, it is an area that we will keep pushing to see improvement and helping. At the end of the day we are in a marketing exercise. You will know Coca-Cola, you will know Apple, you will know Cadbury’s and yet they all still spend millions on advertising and marketing. There can never be too much reinforcement of a brand, an idea and initiative.

So LEASE will keep providing advice and keep assessing initiatives to deliver wider awareness and assistance to all.

ARMA to rule on admitting scandal-hit FirstPort Retirement
Next Post: Average service charges are £1,863, but rise to £2,777 for new builds