Donate
You are here: Home / News / The Sun says … ‘thousands trapped in leasehold homes due to spiralling ground rent costs’ 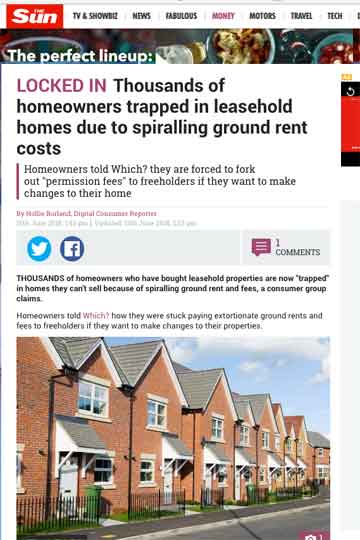 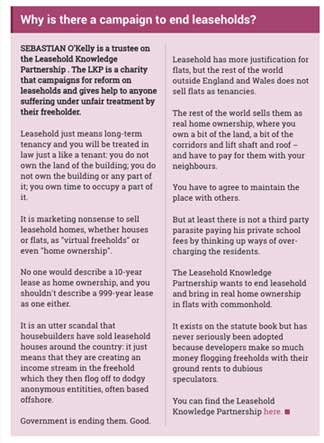 An excellent piece in the Sun by Hollie Borland, the Digital Consumer Reporter, appeared at the weekend giving a resume of the leasehold scandal pegged to the Which? report into the issue.

It has the point that some leaseholders said they were charged £252 to own a pet or £60 to change a doorbell.

“The real concern highlighted by Which? is that leaseholders were discouraged to buy their freehold upfront, only to find out later that it had been sold to a third-party.”

This is the repeated complaint of Joanne Darbyshire, joint founder of the National Leasehold Campaign with Katie Kendrick and Cath Williams.

She was told by Taylor Wimpey that she would be able to buy the freehold to her leasehold house in Bolton for £5,900, only for the company to sell off the freehold to a commercial speculator.

In this case, the buyer was Adriatic Land, where the beneficial owners of the freeholds hide behind nominee directors and many of the companies are based offshore.

The price of the freehold to Joanne’s house is now considerably more: £54,000, according to a report in the Daily Telegraph last year.

Joanne believes she was smooth-talked into not acting to buy the freehold at the point of sale and this has had benefited the murky speculators in Adriatic Land – part of Will Astor’s Long Harbour fund – at her family’s expense.