‘Sobering’ statistic that 57% of leaseholders ‘regret buying a leasehold property’ 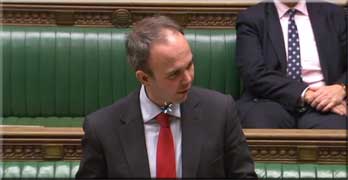 We should accept at the outset that, whatever changes we make to the law, and whatever system we have for managing properties where a number of people have an interest in the land, some tension is inevitable. Even in those countries that have a commonhold system, some people in a particular block of flats might be keen for further improvements to be made, while others, who might be more financially challenged, might be more nervous about their service charge bills.

I want to consider the issue of houses being sold as leasehold, which my hon. Friend the Member for Worthing West and the hon. Member for Ellesmere Port and Neston (Justin Madders) have mentioned. Leasehold has been a part of the housing market in this country for decades, even centuries. In the right circumstances, with the right safeguards, it can serve both leaseholders and freeholders well. As we have heard today, however, that is often not the case.

Analysis by LKP suggests that nearly 9,000 houses were built and sold last year as leasehold. Some have no shared services or estate management functions. In fact, they seem to exist only to create a reliable income stream from the ground rent, permissions to alter the property, and selling on the freehold at some point in the future. Developers can maximise their return by selling the freehold interest to the leaseholder at a higher value after they have moved in, or by selling it to a third party without informing the leaseholder. That is a critical point: if a freeholder wishes to sell a leasehold flat, the leaseholder has the right of first refusal, but that right does not extend to those in leasehold houses

Those practices are not illegal, but it seems to me, and to the Secretary of State, to be one of those cases where there is a gulf between the letter of the law and our sense of what is right. Some of the cases that we have seen in the media and heard about today have highlighted some truly appalling behaviour. The Secretary of State and I have been looking closely at the issues raised in recent weeks and we are both absolutely determined to stamp out unfair, unjust and unacceptable abuse of the leasehold system.

A number of references have been made to Taylor Wimpey’s announcement that it will address some of our concerns about its use of leasehold. I am keen to hear more about what it plans to do, not just to stop such practices in the future, but to help homeowners who are currently stuck with ground rents rising much faster than inflation. The hon. Member for Ellesmere Port and Neston made that point powerfully. The leaseholder does not have to be very far into the lease in order to be stuck with that problem, which relates not necessarily to their actual payments at that point in time, but to their ability either to extend the lease or to sell the property to someone else.

It is welcome that this practice is not going to continue, but my constituents are anxious to know what the Government can do to deal with the onerous conditions that exist in leases already?

I do not have an answer for the hon. Gentleman today, but I assure him that the Secretary of State and I are looking into this issue. We are very clear that it is not just a matter of stopping this practice; we must also address the situation of hard-working people who believe that they have bought their home, but who may find themselves unable to sell that home further down the line. I give the hon. Gentleman the clear assurance that we are looking at the issue.

There are a number of different ways in which the issue can be addressed. It is a difficult issue, because although the clear mood in the House is that the practice is unfair, it none the less interacts with the property rights of the freeholder, and those rights have some protection under the European convention on human rights. We need to think about the right way to address the problem. I will certainly reflect on the suggestion that my hon. Friend has made, and other suggestions have been made during the debate.

We should not be under any illusions. The problem does not just concern one company; a number of our larger developers are involved in it. They would do well to remember that they are building homes for people to live in, not investment vehicles for financial institutions. Except in a very few exceptional circumstances, I cannot think of any good reason for houses to be built on a leasehold basis. If the industry does not put a stop to the practice and help existing homeowners, we will look to see what Government can do.

I turn to ground rents. Historically, ground rents were set at around one thousandth of the lease value, sometimes increasing every 25 or 33 years. They existed only to create a contract between the freeholder and the leaseholder. However, in recent years, ground rent levels for new leases have increased, as has the frequency of increases. Research by Direct Line suggested that the average ground rent is now £371 for new builds and £327 for older properties.

My immediate concern is the level and frequency of increases in ground rents. We have heard today about one developer selling a lease with a ground rent starting at just under £300 in 2011 and doubling each decade for 50 years, so that by 2061 the annual cost will reach almost £9,500. The purchaser was not made aware of the escalation by their solicitor, who was recommended by the developer. The purchaser is now unable to sell the property, and the cost of extending the lease or buying the freehold is prohibitive.

Of course, there is a degree of caveat emptor when we buy a new house, but we all know that our housing market is a seller’s market at the moment and the advantage lies firmly with the developer. Just because they can sell desperate people something does not mean that they should be doing so. Institutional and other investors increasingly see ground rents as an alternative to equities and bonds, but leaseholders see no return or value in ground rents, especially when they can rise to onerous levels. Obviously, Members on both sides of the House welcome institutional investment into our housing market, but I would much rather institutional investors put their money into productive projects instead of just hoovering up ground rents because they are seen as a safe bet.

Both this House and the Government want to hear more from the developers about what they are going to do to put the situation right.

‘I don’t see why houses are sold leasehold,’ says prime minister. Is this the final nail?