Donate
You are here: Home / Latest News / Will more funding for LEASE just be: Carry on minister! 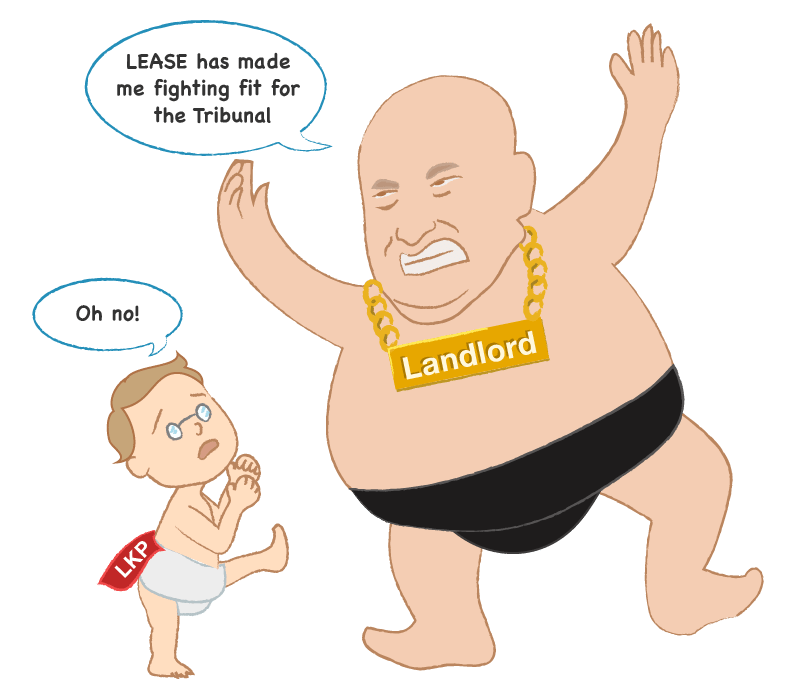 Leaseholders have been hugely relieved that we finally have a housing minister, Gavin Barwell, who understands that too many things in the leasehold world have been broken for far too long.

The Ministers speech at the LEASE conference was particularly strong explaining there was “No excuse for leasehold houses we will stamp them out” and that “The government is determined to stamp out unfair, unjust and unacceptable abuse of the leasehold system”

So it is entirely disappointing that the Minister has somehow been convinced that his first move should be to support LEASE. The very organisation that has done so little to highlight the problems in the sector over so many years. The same LEASE that has for so long been a keen supporter of landlords and managing agents interests are now suddenly keen on focusing on supporting leaseholders.

LEASE has wasted no time in coming forward with the nonsense so often proffered in the past that what’s needs most is that we have better educated leaseholders. Long term LEASE Chief Executive, Anthony Essien patronisingly claims “many buyers can get so caught up in the excitement of buying their new home, and they may fail to look or understand the terms of the leasehold”

Let’s gloss over the fact the law is so complex that nobody understands it fully.

Let’s gloss over the fact that the sector has grown fat on the profits of the broken system.

Let’s forget that LEASE has felt no difficulty in supporting those who happen to have made a living exploiting consumers.

Lets forget that LEASE has been happy to work behind closed doors with the sector for years and has done little if anything to “lead the industry” as they now claim is the case.

Let’s gloss over the fact that the mistakes that happen when someone buys a leasehold property come from the expert advisers the leaseholders rely on to tell them what to do.

No doubt many operators in the leasehold sector will welcome the continued support of LEASE with its historically ineffectual stance on the need for change. Maybe the Minster is convinced by LEASE’s latest utterly implausible boast that it helps nearly a million leaseholders a year.

So we are left to ask: in supporting LEASE has the minister been duped into “carrying on” with supporting the status quo?

Is this just another ruse to keep the whole grisly (but highly remunerative) leasehold sector going until Gavin Barwell is shunted on or promoted, and then things can return to the Leasehold Advisory Service’s ideal world where politicians and civil servants are informed that the sector is “mostly working well”.

The Leasehold Advisory Service’s account of its annual conference on February 1 is very different to that found on LKP. A review of the Minsters talk can be read HERE.

Missing in the LEASE report is the Minister’s tough criticisms about unfair and unacceptable issues in the sector. They have no mention of the ground rent scandal involving plc housebuilders, reported by LKP … and every media outlet in the country in considerable detail.

Also airbrushed out of the Pravda-esque press release is any mention of Sir Peter Bottomley’s speech. For those who want to read what he said, it is here:

‘If I fail to offend anyone, I will do it next time,’ Bottomley tells appalled LEASE annual conference

Instead, the Leasehold Advisory Service praises itself and the fact that Gavin Barwell has been persuaded into giving it more funding with yet more platitudinous nonsense from Chief Executive Essien:

“This welcome investment shows how committed the Government is to ensuring greater transparency when it comes to buying and selling leasehold homes. By allocating sufficient funding to our resources which helps guide and educate the industry means that we can continue to offer reliable and free advice to those who need it. This will lead the way for even better working practices for everyone involved, right from the start of the homebuying process”

The minister might care to note that it is the Leasehold Advisory Service that needs some education. There were not 9,000 leasehold homes registered last year as LEASE claim This is a garbled version of LKP’s research that showed that there were 8,775 new build leasehold houses registered at the Land Registry in 2015 – the figures for 2016 won’t be complete until May/June owing to later registrations.

The real figure is 42,552 leasehold homes build in 2015 as we reported in this article:

Gavin Barwell told the conference of the Leasehold Advisory Service  …

“But what we really want is for them to help leaseholders. To be solely, and unapologetically, on their side.

But that was not reported in its press release, either.

LEASE has immediately returned to its old ways on their conference page:

LEASE revels in the resounding success of its 2017 conference – perhaps the most humiliating event ever hosted by a quango leadership –  and promptly welcomes applications for next year … from freeholders, managing agents, surveyors and lawyers they are no longer meant to be helping?

Mr Barwell please be assured, leopards do not change their spots. LEASE has been actively supporting the sector for many many years and the sector has supported LEASE. Yes, it may provide a bit of free advice to leaseholders, but the advice they offer has been far more helpful to providers in the sector.

Can we suggest LEASE has done little to help leaseholders, and often colluded in keeping them in their place. It has had nothing to say about ground rents, retirement exit fees, the Office of Fair Trading investigations and finding of collusive tendering etc  … nothing, in short, about so many of those things that Mr Barwell and his advisors now consider is need to be changed.

Mr Barwell is the first of the Conservative housing ministers to understand that things are deeply wrong. But many in the grisly leasehold sector, and its friends in LEASE, seem to be looking for yet another episode of “Carry on Minister.” 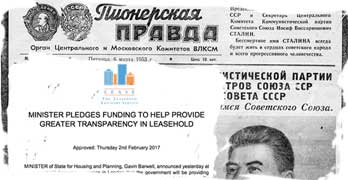