Donate
You are here: Home / Latest News / ‘If I fail to offend anyone, I will do it next time,’ Bottomley tells appalled leasehold professionals at LEASE annual conference 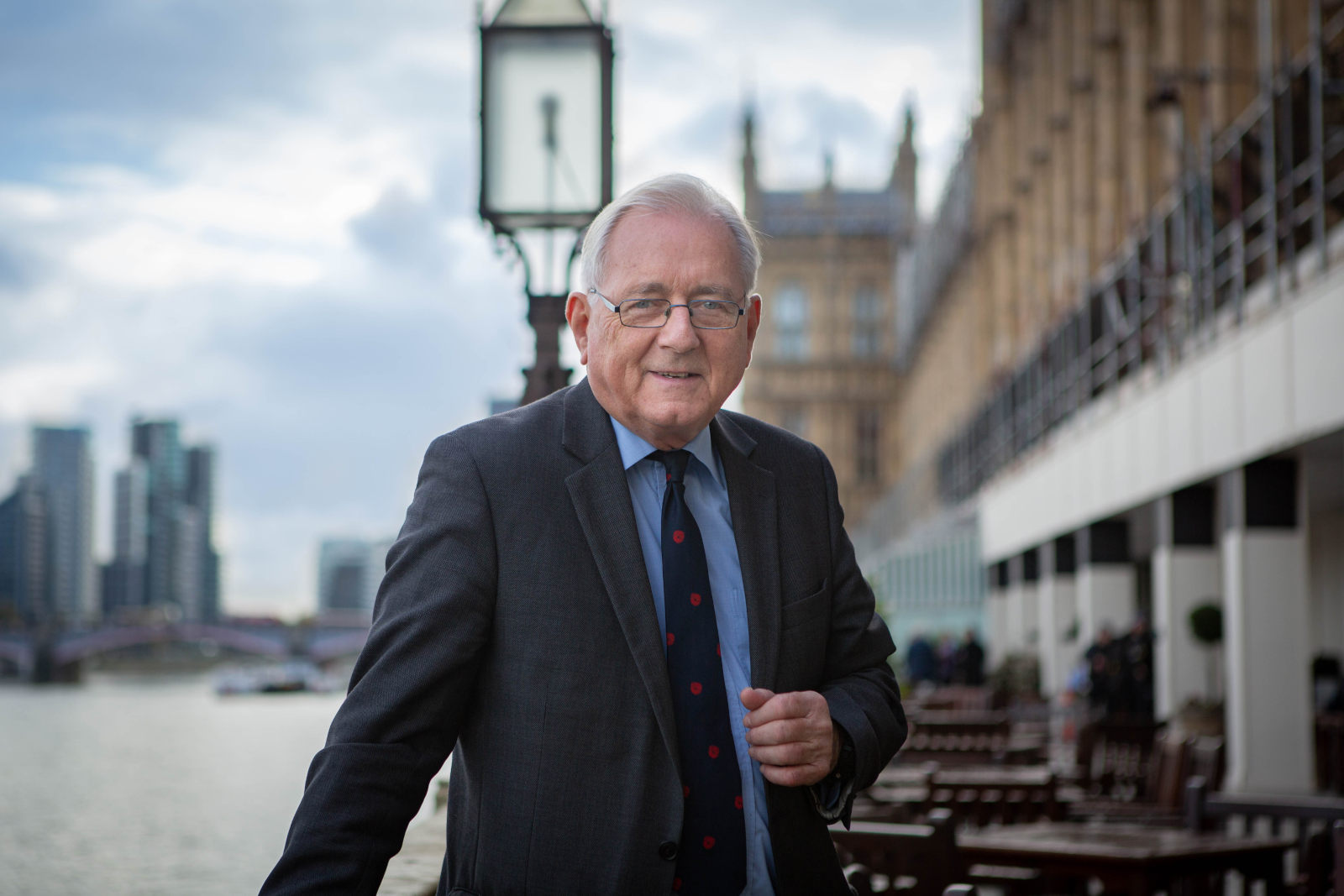 Leasehold sector insiders were aghast at the address given by Sir Peter Bottomley on Wednesday at the Leasehold Advisory Service “annual conference”.

The event was packed with surveyors, valuers, lawyers and property managing agents paying £350 a head to attend what has until now been the most important trade show of the sector.

Earlier housing minister Gavin Barwell had said that the taxpayer-funded Leasehold Advisory Service must be “solely, and unapologetically, on leaseholders’ side”.

That was an indication to the LEASE politburo – Anthony Essien, the chief executive, and Roger Southam, the chairman – that this conference was not going to be the usual knees-up and mutual back-slapping event that the monetisers of the leasehold sector have made their own (courtesy of taxpayers).

“If I offend anybody, I’m very happy to talk with you afterwards,” Sir Peter began, “And if I fail to offend you, remind me and I’ll do it next time.”

Delay LEASE board appointments to get leaseholders represented. And stop ‘dodgy’ seminars

Sir Peter made devastating criticisms of the Leasehold Advisory Service, long a cause of concern to LKP.

“I’ve been re reading the constitution of the Leasehold Advisory Service and it says that there should be leaseholders on the board.

“There may be somebody on the board who is a leaseholder, but I don’t think they actually include someone who spends their time working for leaseholders.

“I suggest that when the Secretary of State comes to approve the latest applicants for the board that they include people who work for leaseholders.

“If not, he should delay the appointments.

“Those who do work on behalf of leaseholders should have their applications considered in full and get put forward for appointment.”

Sir Peter paid tribute to the work of the Leasehold Knowledge Partnership, and suggested that the audience (which included some of our own excellent accredited managing agents) make a donation to the organisation “to inform policy and help avoid disadvantage and stress, and promote well-being”.

The donation page is here

Later Sir Peter referred to the LEASE conference staging seminars that encourage exploitation of leaseholders. Like this one

“It is improper for anyone to stand in front of a conference such as this and give advice to freeholders on how you can hide your profits with insurance commissions.

“It happened but I hope it never happens again.

“I hope that one of the results of the minister saying that LEASE will in future be funded properly is that LEASE will not be forced to raise money in a commercial way that leads to dodgy things happening.

“Next time LEASE has a conference I hope it will invite the people who know a good deal about it but the leaseholder representation point of view.”

He said that LKP and the Federation of Private Residents Associations, headed by his constituent Bob Smytherman, should be present.

This was warmly applauded by Shula Rich, of the Brighton and Hove Leaseholders’ Association.

“I would like to second and third what you said about the representatives of leaseholders here.

“I think I can count on the fingers of one hand the number of people here who do not earn a living out of leasehold problems.

“Yet I had to fight to get a place to come here today wihout paying for a ticket.

“I think people who work for or represent leaseholders should by right have a place at this conference without paying.”

Game-playing lawyers should do pro bono work to atone

Sir Peter began his speech with severe finger wagging at the legal profession, which so assiduously serves the freehold interest.

“This leasehold and commonhold field is not one in which I’m an expert. I wish that I were.

“I say this to those who are experts, especially experts in the law, that if any one of you has had your conscience prick you because you have represented a freeholder or a managing agent against leaseholders – and used the law to prevent justice happening – can you please give as much time to the pro bono unit of the Bar Council and help advise those who find themselves on the wrong end of the legal process, if not at the wrong end of the law.”

He then went on to discuss the retirement site Oakland Court in his Worthing West constituency where pensioners – “elderly, frail, poor leaseholders” – were systematically cheated by their freeholder.

Their attempts at obtaining justice were frustrated by appeals in a process Sir Peter described as “legal torture” in the House of Commons. The barrister Justin Bates was named in the debate.

“I say to Mr Justin Bates – if you want to see me afterwards, please do – but I hope you give as much time to the Bar Council pro bono unit as other barristers did to help resolve that case.”

Mr Bates, who was speaking in a seminar immediately afterwards, had missed Sir Peter’s speech.

“I hear that my name has been taken in vain,” he told his audience. “Perhaps I should burnish up my two nominations for the attorney general’s Bar Council pro bono awards.”

It never rains but it pours for Martin Paine

From Mr Bates, Sir Peter turned his attention to Martin Paine, the owner of Circle Residential Management, who extends short leases informally resulting in hapless buyers facing up to £8,000 a year in ground rents.

Mr Paine, who was sitting in the front row of the audience, had earlier had a conversation with Sebastian O’Kelly, trustee of LKP.

“How are you enjoying you new found celebrity?” Mr O’Kelly asked him, referring to Mr Paine being named as a “crook” in the Commons on December 20.

In a touch-and-go encounter, Mr Paine responded that “it was not quite the publicity that we were looking for”, but that it had a silver lining: “a large Jewish investment fund asked us to manage its portfolio”.

On Thursday Mr Paine featured on the Victoria Derbyshire show, apparently viewed by 2 million people, so doubtless further offers will be made.

“When people complain I gather your suggestion is that they should sue their solicitor so that the insurance company pays up. Then you offer to buy back the flat at a low price and try to remarket them with the original lease that had obviously misled the purchaser and solicitors. [Mr Paine] seemed surprised when I alerted the auctioneers to have the property withdrawn from sale.

“I believe that any kind of writing of a lease that misleads more than one solicitor is clearly an unfair term and should be struck out as unenforceable. And there should be no more ground rent payable on the property for the rest of the lease.” 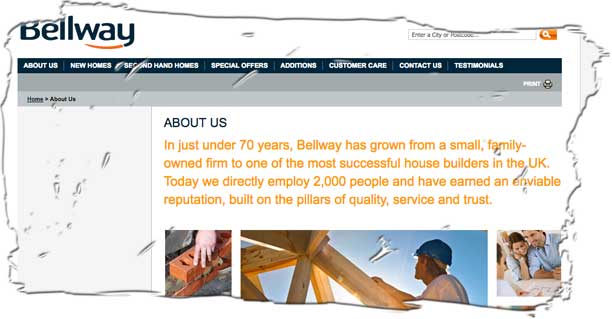 Bellway: What kind of society are you trying to create?

Sir Peter’s attention then turned to the leasehold house scandal, referring to a case raised by Justin Madders, Labour MP for Ellesmere Port and Neston in the Commons on December 20.

“Why is it that young first-time buyers in a home built by Bellway should have the prospect of buying the freehold at £4,000 from the developer, who then sells it to someone else and the asking price has gone up to £12,000?

“When they get more expert advice the offer comes down to over £7,000.”

“What kind of society are we when people who are new to property law should find out that the asking price for the freehold should more than double in a year for the home that they live in?”

“Can you think of any of the reasons for having a leasehold house? None.

“What is the reason for having a leasehold on a house at all? I agree with Bob Bessell, [founder] of Retirement Security Ltd, who has to have leasehold but ensured that there is a peppercorn rent.

“You should not have a ground rent to create a secondary value involving constant payments by the owners of the lease.

“In the North-west there is a tradition of having leasehold houses and developers continued. But it needs to stop.

“Ground rents doubling every 10 years is a return of 7 per cent.

“What is the reason for ground rent going up by the equivalent of 7% for the first 50 years? None at all.

“Meanwhile the value of the lease goes down and down,

“So I say to the developers if you did sell to the original purchaser, who used your recommended solicitor, look for the effect on the capital value on the lease when they come to sell.

“This is miss-selling. When we first heard about PPI we wondered whether there was anything in it, and it turned out that there was. The same thing applies in this leasehold field.”

Sir Peter reference the Mundy case, against freeholders the Wellcome trust and the Sloane Stanley Estate, where chartered surveyor James Wyatt, of Parthenia, is challenging the valuation models for lease extensions that are weighted in favour of freeholders.

This results in millions of pounds unfairly lost to leaseholders, it is argued.

Mr Wyatt is seeking leave to appeal from the Court of Appeal next month.

“If the case fails I think the government should step in and ensure that there are simple graphs. It is only in very unusual circumstances that solicitors, surveyors and others have a great big argument over what the price should be.

“It is wrong for year after year to have these costs imposed in a fairly simple transaction.”

Tchenguiz and Mire, but their advisers are worse

After a brief reference to Benjamin Mire, of Trust Property Management who was removed from his judicial appointment and “against whom the RICS had a great difficulty getting their professional misconduct case taken to a satisfactory conclusion”, Sir Peter went on to discuss Charter Quay, in Kingston, and the Tchenguiz’s complex interests.

It is the site where Martin Boyd is chairman of the residents.

Sir Peter said that these valuations were “presumably signed off by surveyors, accountants and bankers”.

“I don’t think regulated professionals should get away – whether on purpose or by mistake – with things that are wrong. It’s not for me to say what is criminal, and what is a civil tort, and what is just unacceptable behaviour.

“I am going to say that if you don’t start looking at some of these examples we won’t make the kind of progress that we ought to.”

“I think somebody should do a study of retirement little properties and see how the property prices on resale compared with the prices paid for them when new.”

“I hope to come back in five years’ time to find that commonhold is in and is working.

“I hope to find that the CMA has struck out unfair terms.

“That LEASE is prospering and that its board included people who have been working for leaseholders.”

“Disgraceful,” said one leasehold sector insider in the bar afterwards. “Peter Bottomley should be shot.”

Housing minister urges transparency over retirement exit fees
Next Post: Affluent London leaseholders are just as likely to be kicked around as poor ones, finds the Sunday Times