Donate
You are here: Home / News / Justin Bates / Prisk to Bottomley: what’s the evidence that the Leasehold Advisory Service is not ‘balanced’? Well, how about this for starters … 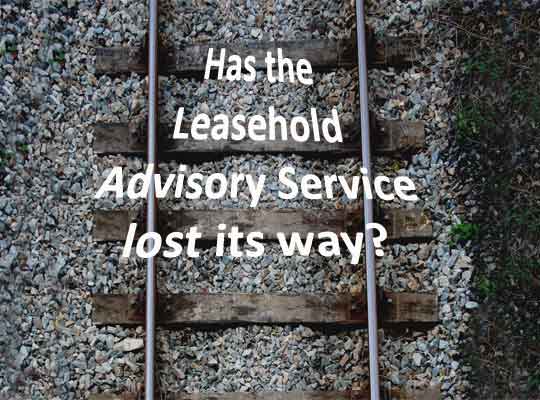 Housing Minister Mark Prisk has rounded on Sir Peter Bottomley to demand why he believes that the Leasehold Advisory Service in not ‘balanced’.

Sir Peter, the Tory MP for Worthing West, made his comments in the Commons on April 16:

“To have clever lawyers, some of whom will appear at LEASE—the Government-approved agency for giving advice on leaseholds—advise managing agents on what can be done with leaseholders within the law does not strike me as balanced.”

Sir Peter added his view that either or both Sebastian O’Kelly and Martin Boyd, of the Leasehold Knowledge Partnership, join the board of the government quango, which receives a £1.4 million budget.

Sir Peter made his intervention as the Department of Communities and Local Government stamped its authority during the debate on the Enterprise and Regulatory Reform Bill.

It dumped a Lords amendment, from Baroness Gardner, to license block managing agents in favour of compulsory membership of various anonymous ombudsman schemes – whose rulings (to industry relief) are not published.

In a letter to Sir Peter – and forwarded to LKP / Campaign against retirement leasehold exploitation – Prisk writes: “I receive a full and varied postbag on residential leasehold issues, but I am not aware of any groundswell of complaints about the quality or propriety of LEASE’s service, and neither are my ministerial colleagues or policy officials here at DCLG.”

Had the DCLG officials turned up to last year’s annual conference of LEASE, to which they were invited, they would have witnessed a dramatic example of leaseholder dissatisfaction with LEASE.

The event at a Mayfair hotel, which cost £310 a head, was disrupted when an emotional leaseholder (who had not been invited) grabbed the microphone and told the conference:

“The Leasehold Advisory Service is failing to fulfill its parliamentary mandate by excluding leaseholders. It should be even-handed and defending their interests. Instead, it has organised an event purely to the benefit of landlords.”

The event was reported on LKP here and caused considerable comment at the time:

After the event, those who took part received an email survey from LEASE asking whether they would be prepared to pay “referral fees” for LEASE’s clients: that is, members of the public who had contacted it.

This opened up the possibility of desperate leaseholders being passed on to lawyers, surveyors, managing agents etc not because these firms were best qualified to resolve an issue, but purely because they would pay LEASE a referral fee.

We reported this ill-conceived idea on the LKP website and it was repudiated by Anthony Essien, the chief executive of LEASE. He emailed LKP: “Nothing put forward in either survey is a commitment to future action; but you will appreciate that any organisation, in looking to address the needs of its customers, should pose these sorts of questions from time to time.”

Should a taxpayer-funded advice service really pose the question of selling on “leads” to leasehold insiders from members of the public?

The LKP report of this is here 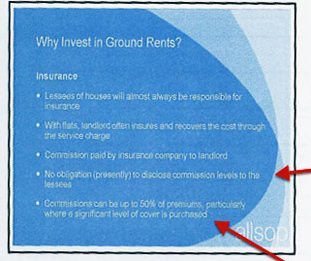 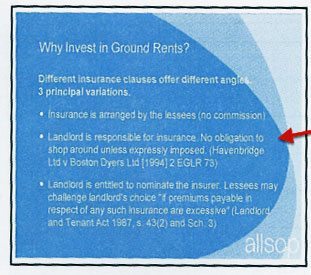 At the 2010 LEASE annual conference, Gary Murphy, the vice-chair of the RICS auctioneering group, cheerfully gave a presentation titled “Why Invest in Ground Rents?” demonstrating how freeholders of a site could help themselves to up to 50 per cent of the total insurance premiums in commission, and – best of all – leaseholders would have no legal right to know the level of payments.

This is because they are not the customer with the insurance company, the freeholder is. Leaseholders simply pay the bills.

Mr Murphy’s very helpful presentation slides are reproduced here. They include the additional detail that there is “no obligation among freeholders to shop around”.

Insurance commissions are one of the most blatant abuses in leasehold, which have been repeatedly criticised at Leasehold Valuation Tribunals.

Was it appropriate for LEASE to host this presentation, and is it any wonder that leaseholders question whether it serves their interests, or those of an industry whose abuses they deplore?

This year the LEASE annual conference on May 21, with a more modest admission price of £275, features a presentation by the  barrister Justin Bates. The subject is: “Property Management: Cross-examination in the LVT – What should managing agents know?”

The cross-examination will, of course, be from leaseholders, or their legal representatives. Justin Bates is celebrated among leaseholders as the freeholder’s barrister in the case against pensioners in Oakland Court, Worthing, who were seeking repayment of £137,000 in wrongful service charges. The stratagems involved were described as “legal torture” by Sir Peter Bottomley in the Commons.

Bates is also the barrister being employed to fight the “right to manage” actions at the retirement developments of Elim Court and Regent Court in Plymouth. These are the subject of litigation in the Land Tribunal.

Should LEASE really be providing a platform for a barrister to tell leasehold professionals how to deal with leaseholder’s cross-examination (after all, they would hardly be cross-examined by the freeholders who employ them)?

Would it not be more appropriate for this presentation to be to held at an occasion of Bates’ choice and expense, rather than at the annual conference of a government quango that was ostensibly set up to protect leaseholders?

Finally, this year sees an unusual innovation for the LEASE annual conference: leaseholders are actually invited to a “free” evening session.

The chairman is to be senior solicitor Damian Greenish, who happily describes himself “as a landlord’s man”.

Is it really too much to ask of LEASE that the chairman of the (first?) leaseholders’ annual conference might possibly be a “leaseholders’ man (or woman)”?

Failing that, would it not be better to have the chairman or chief executive of LEASE itself chairing this session?

Last summer, Sebastian O’Kelly and John Fenwick, of the Oakland Court case, were the speakers at a gathering of leaseholders in Worthing, that was organized by LEASE and the property managers’ publication News On The Block.

In December, Sebastian O’Kelly and Martin Boyd advised LEASE on changes to its misleading website information that legal costs at LVT are capped at £500.

This information had been in need of updating since November 2011 following the 69 Marina case. Dennis Jackson (search this website) is only one of many leaseholders who have been mislead by this erroneous advice (which also appears on the Ministry of Justice website).

The information was updated this week.

The day the Leasehold Advisory Service was returned to leaseholders

Leasehold Advisory Service: ‘Lawyers here won’t even speak to me, because I cannot afford their fees’