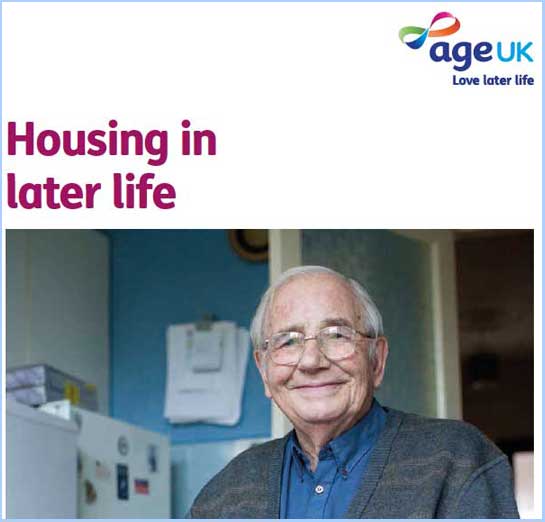 The Campaign against Residential Leasehold Exploitation agenda for reform of retirement housing has been given a ringing endorsement by a report published today by AgeUK.

The report, Housing in Later Life, arrives just as the Competition and Markets Authority appears to be manoeuvring to downplay concerns in retirement in its leasehold sector inquiry.

AgeUK is unequivocal that there are problems and that changes are needed:

It seeks: a “curb on bad practice in the leasehold sector”. A “healthy and competitive market for retirement housing”. The “sector is dominated by a small handful of providers, which curbs competition”.

“Expansion in the sector must be accompanied by stronger consumer rights to protect purchasers as well as easier ways for residents to make complaints or obtain improvements.”

And it urges “retirement housing that offers commonhold tenure”.

Supporting a long-held LKP policy: “Exit fees should be completely abolished. Older residents should not pay fees unless it is for a specific service, based on actual costs.”

“There needs to be a greater focus on the ‘consumer rights’ of older residents and a better legal balance of rights between residents, providers and commissioners of services.”

Encouragement of extra care services with “consistent standards and stronger measures to protect residents from the potential withdrawal or dilution of services”.

The “codes of practice for the leasehold sector need to be brought together and implemented by a new independent regulator, with special attention to the protection of vulnerable older leaseholders”.

The report’s findings are a welcome contrast to the Competition and Market Authority’s claim – based on what appears to be a superficial Ipsos MORI poll – that “concerns expressed at the outset of the study have not been supported by the evidence”.

In contrast, the AgeUK report is by Joe Oldman, an established figure in the sector who has been present at a number of LKP briefings. In unusually emphatic language AgeUK demands changes.

“There should be sufficient levels of regulation to curb bad practice in the leasehold sector and ensure there is a healthy and competitive market for retirement housing.

“Providers do not operate on a level playing field. Some are not clear enough about potential charges, which makes it difficult for older people to compare schemes, or check they have the means to cover charges over the longer term.

“The Office of Fair Trading found anticompetitive practices in the contracting of services and its successor, the Competition and Markets Authority has embarked on a new investigation of service charges.

“The lack of resident control in the leasehold system can act as a disincentive for prospective buyers. In the US and parts of Europe, they use the condominium system whereby all residents have a share in the freehold of the property. The UK version of this is called commonhold.”

AgeUK is notable for refusing to become involved in the retirement house builders’ lobbying initiative for easier planning, the so-called “Campaign for Housing in Later Life”, fronted by Esther Rantzen.

It originated from the HQ of McCarthy and Stone – it is now with the Home Builders’ Federation – and degenerated into farce as Shelter had second thoughts and resigned from the campaign, while Peverel was expelled for its price-fixing operations. More here

The AgeUK report does urge planning issues to be addresses and, like Campaign against Residential Leasehold Exploitation, supports an expanded retirement housing sector:

“At the moment, retirement housing makes up just 5–6 per cent of all older people’s housing.

“Research indicates that many more older people might consider downsizing if alternatives were available, although not just retirement housing schemes.”

Regarding planning, AgeUK says: “In the past, we have seen sheltered housing built to poor access standards, forcing people to move out if they develop a disability. Older people understandably reject small sheltered bedsit flats in isolated places. We need to ensure all retirement housing is built to a much higher standard to allow older people with different care needs to live independently, for as long as possible.”

AgeUK identifies a trend Campaign against Residential Leasehold Exploitation has also picked up on, that there are a number of newer retirement housing providers offering extra care.

Many are members of the trade body ARCO, Associated Retirement Community Operators. This is a new organisation and one that has been eagerly adopted by companies not wishing to be associated with the discredited, Peverel-funded ARHM.

“Creating innovative models of housing with an integrated approach to services would make it easier to offer a wider range of housing choices while also boosting local housing markets, freeing up family housing and creating employment.”

“At the moment, the sector is dominated by a small handful of providers, which curbs competition. Expansion in the sector must be accompanied by stronger consumer rights to protect purchasers as well as easier ways for residents to make complaints or obtain improvements.

“The additional charges associated with retirement housing schemes should be as transparent as possible to reduce the risk of older people being exploited.”

While the AgeUK report addresses leasehold, the primary emphasis is on how housing impacts on the health and welfare of the elderly.

AgeUK’s press release claims that 40,000 needless days are spent in hospitals as the elderly await home adaptations before being discharged. This is costing the NHS millions.

Lack of suitable housing costing the NHS £millions every year

Unsuitable housing is leaving thousands of older people facing unnecessary delays in being discharged from hospital, according to new analysis by Age UK.

Official figures show that patients who need home adaptations, such as grab rails or ramps fitted at home, are having to wait for an extra 27 days on average – more than 40,000 days in total – costing an estimated £11.2 million year in delayed discharges.

In its new report ‘Housing in Later Life’ (published today), Age UK is calling on the Government to ensure that all new homes are built to the lifetime homes standard so they can be easily adapted as people age.

The Charity argues that housing design which complies with basic accessibility standards is a cost-effective way to help older people sustain their independence at home. Such design would allow older people to age safely and would reduce costly falls and accidents which are impacting on NHS resources. Falls and fractures in people aged 65 and over account for over four million hospital bed days each year in England alone.

Industry figures have shown the cost of adapting a standard new house design to make it into a lifetime home is approximately £1,500 . For the cost of less than six delayed days in hospital, a new home could be brought up to a decent accessibility standard – and with the average cost of a hip fracture, often due to a fall in the home, standing at just over £12,300, and a year in residential care costing an average of £26,000, it’s clear that getting housing right for older people could have immense benefits for the tax payer, as well as for those in later life.

In addition, simple adaptations to existing homes do not have to be hugely expensive. Age UK estimates that fitting a grab rail so an older person can get to the toilet safely costs between about £20 and £40 – and yet the benefits are often substantial. The average grant available to adapt an existing house to allow an older person to remain at home is just over £6,800 – this is money which can fund essential alterations such as the widening of doors and installation of ramps or stairlifts, or the adaptation of heating or lighting controls to make them easier to use.

The vast majority of the four and a half million households containing at least one person with a mobility problem are aged 60 plus and this figure is likely to increase as the population ages – over the next two decades the number of pensioner households is expected to rise to 13 million, up 40% from 2008. Yet according to the Charity’s new report, all too often older people are finding themselves in inflexible housing that is hard to adapt – currently only 3.4% (740,000) of homes have all the recommended features that would allow someone with a mobility problem to visit. *

It is also worrying that so many older people are living in housing that is poor quality and in a state of disrepair – more than a fifth (23%) of households containing an older person are in non-decent housing.

Age UK’s new report puts forward a raft of recommendations to the Government, local authorities and the building industry, including:

➢ All new mainstream and specialised housing should comply with higher accessibility standards to reflect the lifetime homes standard.

➢ We should move to a position in which all older patients coming into contact with health care services are automatically offered an assessment of their home with an action plan to ensure it is safe for them.

Caroline Abrahams, Charity Director at Age UK, said: “Ensuring all new housing can be easily adapted would save the country millions and help end the nonsense of older people lingering for long periods in hospital, simply because of delays in fitting adaptations like grab rails and ramps so they can safely return home. Building all new homes to higher accessibility standards would cost a little more today but it would pay off hugely tomorrow, and both older people and the NHS would substantially gain.”

“It is worrying that so many older people are living in homes that are hard to adapt and in a poor state of repair. It’s time we woke up to the fact that good housing is central to supporting older people to be independent, fit and well. Yes, we need a much wider range of specialist housing for older people but as most prefer to remain where they are it is crucial we do more to make all our mainstream housing fit for the purpose of accommodating our ageing population.”