Donate
You are here: Home / News / Anonymous freeholders are the reliable long-term custodians of blocks of flats, Select Committee is told

And sector offers up yet another ‘code of practice’, this time for freeholders (whoever they may be when hidden offshore)

One of the greatest fictions of the leasehold sector is that freeholders – even anonymous offshore ones – are the only reliable long-term stewards of a block of flats.

The leasehold owners would be incapable, quarrel among themselves, are a mix of residents and buy-to-let investors and, anyway, usually sell up in five-seven years.

This line ignores the fact that in most jurisdictions in the world, outside England and Wales, flat owners just have get on with it and manage their own affairs as there is no third party freeholder.

These issues were aired to the Select Committee this week: self-interestedly by ground rent investors and developers, naturally enough, but more thoughtfully by Nigel Glen, the chief executive of the Association of Residential Managing Agents (in spite of the fact that his association’s most powerful members are appointed by commercial freeholders).

MPs on the Select Committee were presented with a proposed code of practice for freeholders last week, which is being pushed by Long Harbour. It has also been aired by the House Builders Federation.

Prize for the most questionable assertion made to the Select Committee goes to John Dyer, of the British Property Federation.

“A lot of freeholders quite regularly lend money to the service charge. There is no interest charged on that.”

No examples were given. The only case that we are aware of is Heysmoor Heights, in Liverpool, which has Grenfell Cladding. Here the anonymous Guernsey-based Abacus Land 4 Limited, part of the Long Harbour fund, made a forced loan to the service charge to pay for fire marshals. Had it not done so, the building would have had to have been evacuated, Long Harbour claims.

It could also be argued that Abacus Land 4 Limited’s hidden owners were saving their necks: freeholders have a legal responsibility to keep a block of flats safe, and will be prosecuted if they don’t.

The loan will carry interest, we understand, and Long Harbour quickly secured a tribunal ruling that leaseholders will be paying all the cladding costs at Heysmoor Heights.

With the original builder now bust, there is little prospect of salvation for the leaseholders.

So, Abacus Land 4 Limited may in time have to make the difficult decision to forfeit the leases of those leaseholders who cannot afford to pay the £18,000 each to remove the Grenfell cladding.

Should hidden offshore owners be allowed to take the homes off ordinary families? This is a question MPs can address at a later date. Local Labour MP Louise Ellman is on the case:

Nonetheless, the case for third party freeholders in the leasehold system was strongly made to the Select Committee.

Referencing the Leasehold Knowledge Partnership and the APPG, Tanmanjeet Singh Dhesi MP questioned the need for freeholders at all.

Mick Platt, of ground rent investment fund Wallace Partnership Group which has 106,000 leaseholds under management, replied that leasehold tenure was justified for flats:

“For an apartment block, the freeholder provides independent stewardship and governance.

“The freeholder is the only investor in that building that is there for the long term, there to preserve
the long-term value of the building.

Nova House in Tanmanjeet Singh Dhesi’s Slough constituency, which has Grenfell cladding, found its freehold owner was not that interested in being a long term custodian, dumping the freehold on the council in an unexplained £1 sale

“A flat will change hands roughly every five to seven years, so we preserve the long-term value of the building.

“We uphold the covenants in the lease, which means that we are independent.

“We are independent arbiters between the varying different interests in that particular building, and we ensure managing agents work in the interests of leaseholders.

“We are the ultimate safety net for leaseholders when things go wrong.

“Obviously, there are various different types of ownership. You have mentioned commonhold. That provides an element of choice for consumers, but we believe the presence of a long-term freeholder is of benefit to people who live in apartment blocks.”

Long Harbour “entirely” supported these views, with Richard Silva, its executive director, linking ground rents as the reward for this long-term stewardship.

“For the provision of those services and that long-term oversight and stewardship, a reasonable ground rent is important.

“We also agree that improvement and regulation in the managing agent regime within blocks of apartments is absolutely the right thing to do.”

Nigel Glen, the CEO of the Association of Residential Managing Agents, made the most nuanced contribution:

“As a managing agent, in a sense we do not mind who manages the building, because we are appointed to manage on their behalf, whether it be a freeholder, an RMC or a commonhold. In one sense, at the moment we have something philosophically similar to commonhold, when we have RMCs where leaseholders come together, enfranchise, buy their own block and manage it, so we can learn from that.

“There are advantages and disadvantages to each.”

“If I take the RMC one first, you have the obvious advantage that the people you are dealing with as a managing agent are interested in the development personally. They have perhaps a little more of a short-term view than others, because they are only there for five to seven years, but you are dealing with the people who actually live there.

“That is an advantage because, if you are dealing with a freeholder, you have to deal with leaseholders as well.

“There are disadvantages to it. Do not underestimate how much effort there is in actually managing a building. I have been on an RMC board. The amount of work that involves is not funny. Where I live, there is an RMC. They meet every month for five to six hours for a board meeting alone.”

This seems excessive, and is the choice of the directors. LKP introduced to the Law Commission last month directors of RMCs and right to manage companies who manage prime London sites worth several hundred million pounds each. In one case, the directors only meet twice a year.

Mr Glen continued: “Emails are flying to and fro every single day. There is a lot of work involved there. My concern is that you will have people who have potentially not the right set of skills or knowledge of property law in particular.

“When I had a [property management] company, there were many examples of people who had RMCs instructing me to do things that, frankly, were against the law, but they did not know any better, because they were not familiar with the law.”

Mr Glen noted the advantages of a clear commonhold structure.

“The idea of having a similar document instead of a lease, but a contract, is very attractive for managing agents. As you may be aware, every building has a different lease, so you have to be familiar with the individual aspects of each lease. That is not good.”

Mr Glen came back to commonhold later in the session to say: “Commonhold, if we go down that route, we have to go into it with our eyes wide open.

“It would be unfair for a new system if we do not take lessons from what we can see currently.

“For example, I know it would be nice, if we go to self-determination, that everybody lives together in harmony. That is just not the case.

“You are pushing people together unnaturally into a large block, and they are not related; it is not
a family.

“We have to accept that there will be disputes. We see that in RMCs at the moment …

“They do occur. If anything, they are, unfortunately, worse than when you have a faceless landlord.

“If I hand you over to a debt collection agency and I meet you in the foyer tomorrow, it is personal between you and me all of a sudden, rather than somebody else.” 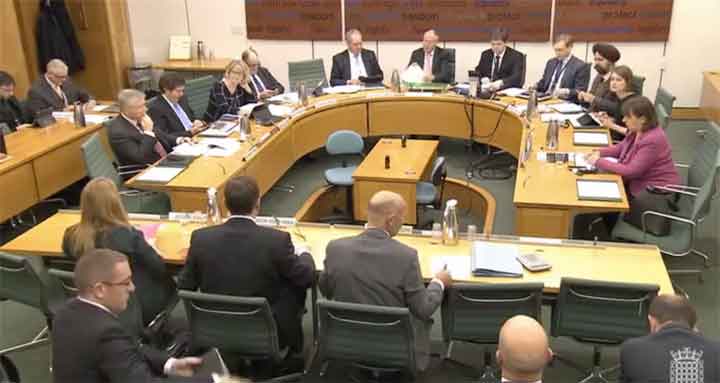 “There are advantages to working with a professional landlord. If they have a portfolio, it is a single point of contact. Again, speaking selfishly as a managing agent, that just makes it operationally more efficient.

“They are up to speed with legislation, so that is a big advantage. They have the time to invest in the property, unlike an amateur board. … an amateur board tends to have difficulty in recruiting people.

“We saw that in Australia, where they have strata, which is, effectively, commonhold, and they found, I think, that 37% of the boards said they had difficulty in recruiting. There are balances, one way and the other, in each one.”

Mick Platt, of Wallace Partnership Group, added: “I do not think there is any perfect tenure of ownership.

“I would concur with the other speakers that going with the status quo, which is a practice many people understand, is possibly preferable to going with something that is not widely understood or is new.”

Mr Silva, for Long Harbour, said: “Lots of other jurisdictions have a form of commonhold, and all those jurisdictions, without exception, have problems with those tenures.

“We are not suggesting for one moment, here, today, that there is no problem with leasehold/freehold tenure. We are suggesting that we, as an institutionally backed freeholder, provide an extra layer.

“It is a safety net for the longevity and wellbeing of a block of flats.”

Communities Select Committee lifts the lid on the residential freehold racket
Next Post: Could freeholder Christopher Moran clean up big time by closing the brothels at Chelsea Cloisters?