Donate
You are here: Home / News / ARMA-Q / ARMA-Q: an ethical facelift for a flawed trade body

Next month the Association of Residential Managing Agents unveils its new ethical facelift ARMA-Q – having never, in its 21-year history, publicly expelled a single member. (See ARMA’s draft announcement pdf at the bottom of this article.) 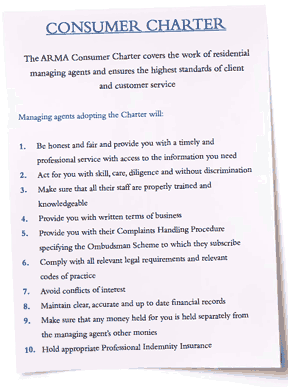 There is to be a 10-point “consumer charter” to reassure leaseholders and an apparently independent regulatory chairman, assisted by a panel of perhaps 12 industry and lay members, who will accredit the 270 existing ARMA members and vet ones that apply to join.

In addition, the regulator will rule on disciplinary issues, imposing fines and costs and, ultimately, expelling offenders from the organization. It is not clear at this stage whether this process will be public, which would be the only means of making it effective.

At present, complaints about an ARMA member are addressed internally by the company concerned and then go on to whichever Ombudsman scheme the firm has signed up to. These rulings are not made public, and the cash settlements are trifling. They cannot be compared to the redress achievable in the civil courts, or LVTs.

ARMA-Q is stressing the independence of the regulator, who will nonetheless be appointed and paid for by the governing council of the trade body. The appointment will not be from within the sector but a “person of established professional standing preferably, but not essentially, with a strong public profile”. An “overwhelming 200 plus applications were received” after the job was advertised in the Sunday Times in June.

The appointment is likely to be revealed at ARMA’s annual conference on October 11.

In addition to the regulator, ARMA is unfurling a new “consumer charter”, which is described as the “foundation of ARMA-Q”. At present, it is a 10-point declaration of basic decency in property management.

Some of the points are under-whelming, such as managing agents  promising to “comply with all relevant legal requirements and relevant codes of practice” and managing agents having “appropriate professional indemnity insurance”. But point 7, which says simply “Avoid conflicts of interest”, has potential to be more than a general statement of good intention.

Rob Plumb, chief executive of HML Holdings plc, which is a member of both ARMA and the Leasehold Knowledge Partnership, is keen to strengthen this element. In particular, he believes leaseholders must be informed if the freeholder and managing agent are linked companies.

This was a point he made earlier this year to the London Assembly report into leasehold service charges, Highly Charged.

Many of ARMA’s members are also freehold-owning landlords, or have a dominant landlord among their clients. The conflicts of interest here are obvious.

While mutinous, RTM-minded residents are a nuisance, a freehold-owning landlord can replace a managing agent whenever it likes. The inequitable relationship between leaseholders and freeholders (and the managing agents they employ) remains unchanged.

The full ARMA announcement of ARMA-Q can be read on this pdf: ARMA-Q 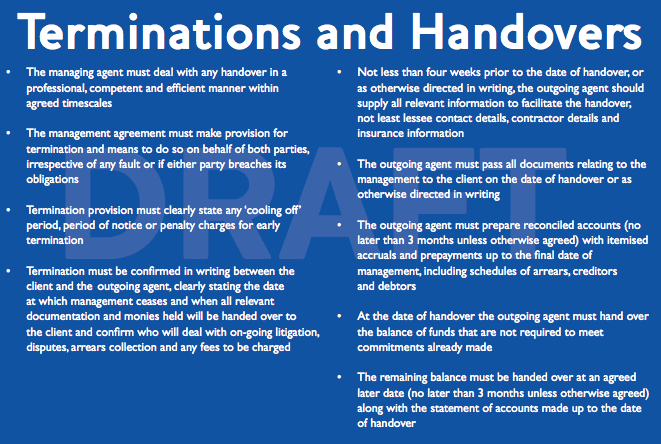 ARMA-Q solves ARMA’s problems, not those of leasehold