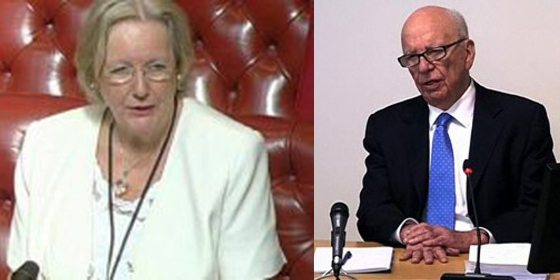 One is parroting the non-policy of Grant Shapps, and the other has never met him or, if he has, asked no favours

In last Monday’s House of Lords debate, initiated by Baroness Gardner of Parkes following meetings with LKP, a number of important issues faced by the leasehold sector were raised.

They were rebutted by the Government Minister Baroness Hanham, of the Department of Communities and Local Government, who insisted that everything is balanced and that the vast majority of leaseholders are “satisfied”.

She went on to claim that the Leasehold Valuation Tribunal service is now nothing to do with her department, and tells us that it is the leaseholders’ responsibility to ensure that there is nothing onerous in the lease. (And you thought that’s what you employed a solicitor for and why we had laws to protect us!)

For many years, Hanham – and her predecessors -– have been able to rely on leaseholders not fully understanding  the complexities of this form of tenure, which she admits is a complex issue.

As a result, many a Murdoch like statement on leasehold is thrown in the leaseholders direction. The Baroness is able to claim evidence where none exists and, conversely, to claim no knowledge on issues well known to her department.

I would like to correct some of the errors in her statement to the House.

“We believe and understand that most leaseholders are, in fact, satisfied not only with their property but with the way it is managed. “

On the contrary, her department is fully aware that Which Magazine asserted late last year that more than £700 million is being overcharged each year in service charges, and that only a tiny percentage of that money is ever recovered by leaseholders through the LVT.

The department is also fully aware of the London Assembly report, Highly Charged, adopted by all parties in Assembly, as recently as March 2012, which says there are serious problems with leasehold. The report’s title would surely have given the minister a clue?

“We have a statutory framework in place that aims to balance the different parties’ interests in the same property,” she says. “The goal is to provide leaseholders with the rights and protections they need, while recognising the legitimate interests of landlords. “

Again the Baroness and her department have absolutely no data to support this claim and appears to ignore all the data which suggests a wholly different position applies.

“Service charges are an issue. All sorts of issues have been raised today about the protection of money and service charges, how much they are and what is involved with them.

“Again, I am afraid that that is a matter for the leaseholders to watch carefully.”

Hanham fails to mention that Grant Shapps abandoned legislation that would have protected leaseholders’ funds when he assumed office in 2010.

Leaseholders have few rights to “watch carefully”. Her department is also fully aware that there have been a number of instances where monies have disappeared and that there is little that can be done to recover the losses.

“It is important that what the managing agents do, and the costs that they put forward, are transparent, and that the leaseholders have a number of rights. They can and must ask for a summary of service charges, and those charges should be consulted upon.

“They must be able to see the supporting documentation. They have a right to see insurance documents and the right to have a management audit carried out, albeit at their own expense. So they have some control over the service charges, although I think my noble friend Lady Miller mentioned capital charges and the fact that some people had not understood that they were going to come in.”

Hanham fails to point out that her department is fully aware that due to the complexity of the legislation few of these rights can be exercised.

Many sites receive their accounts years after payment and can take no action at all. Many sites also do not qualify for a number of the “rights” she lists.

Hanham also fails to mention that right-to-manage is not available for many sites because the law was drafted long before many of the modern mixed uses developments, or sites with leasehold houses.

Also omitted from the Baroness’s statement on a number of these “rights” there is little or no sanction if the landlord chooses to ignore the law.

“Although the issue has not been entirely raised today, there have been concerns about the commissions taken on insurance. There are good codes of practice that ought to be adhered to.”

Again Hanham fails to mention that the disclosure of insurance commissions required under the codes of practice of both the Association of Retirement Housing Managers and the Royal Institution of Chartered Surveyors is very carefully worded.

It is only the managing agents’ commissions that are required to be disclosed, not those taken by the freehold-owning landlord! As such, Hanham’s assurances are meaningless.

Under the law, it is the landlord who is entitled to take out the buildings insurance and, therefore, he who takes the insurance commission.

An excellent question Hanham might ask is why do ARHM and RICS choose to word their code as they do?

We finish with what is Hanham’s most disingenuous statement. It is, perhaps, unfair to criticise her for this “Murdoch-ism” as she is obliged to repeat the words of Grant “call me James” Shapps.

“The current legislative framework, if properly dealt with, can deliver the right balance between the parties involved-but provided it is matched by an  increasingly proactive and socially responsible approach by the professionals who are working within the sector. 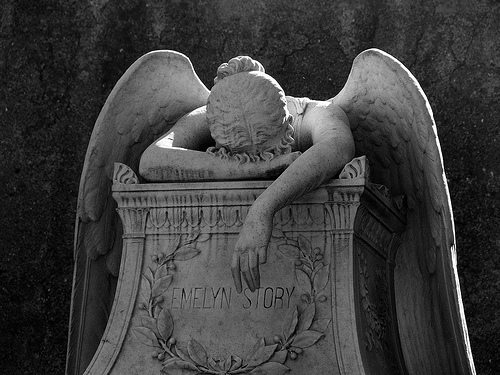 ‘ARHM and ARMA can only help’

“In taking this approach, the Government are, I recognise, presenting a real challenge to those professionals. I am therefore pleased to see this challenge being taken up by various professional bodies such as the Association of Retirement Housing Managers, to which the noble Baroness, Lady Greengross [ARHM president], referred. This can only help leaseholders and others concerned within residential leasehold. “

Of course, ARHM and the Association of Residential Managing Agents (ARMA) are nothing more than trade bodies, whose only interest is in supporting their members interests. Ultimately, it is leaseholders who pay the hefty subscription fees for organisations that don’t serve their interests at all.

On the contrary, they have as members those who perpetrate some of the worst abuses in the industry: those very same managing agents roundly criticised in the London Assembly report.

Hanham’s worst “Murdoch-ism” was to claim a lack of knowledge of the issues regarding the LVT, as it is now part of the Ministry of Justice.

The truth is relevant data on LVTs was not collected when under the DCLG – only two years ago – so off-loading the blame onto the Department of Justice sounds a bit feeble.

Her department is also still responsible for enforcing 20 or so leasehold laws. If Hanham were to be a little more candid she would perhaps admit that here that her department holds NO data at all on how the law is working.

It simply does not know whether there is balance, nor does it not have the faintest idea how much leaseholders are being overcharged and what percentage are able to go to the LVT to recover these monies.

The suggestion from Hanham that this is just a London issue is countered by cases such as City Heights in Nottingham, which this week featured on the BBC.

The abuses exposed in the celebrated London disputes involving hundreds of thousands or, in one case, a million pounds, are echoed elswhere at sites managed by the same companies, which never get to the LVT.

The cases of City Heights in Nottingham (£420,000), Charter Quay in Kingston (£400,000) and St George’s Wharf in Vauxhall (£1 million) all involved companies related to the Peverel Group which were until recently owned by the Tchenguiz family.

If the insurance is loaded on these sites, as has been established, Baroness Hanham may care to ask whether the same has happened at the other 190,000 or so flats managed by this same group, including the many retirement developments.

Hanham should ask herself why so few sites are able to find their way to the LVT. Could it be that the law is not balanced and that leaseholders are not as satisfied as she assured the House of Lords?