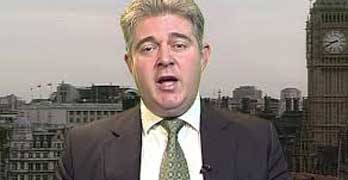 “I understand that the Leasehold Knowledge Partnership has worked closely with my officials to enable the publication of more accurate data on the number of residential dwellings in England subject to a long lease,” wrote Mr Lewis wrote.

“This has resulted in a figure of 4.1 million dwellings being published, far higher than the previous estimate of 2.5 million.”

A further 1.9 million flats are rented in the social sector, which means there are more than six million leasehold homes and socially rented flats.

This is more than 25 per cent of the housing stock.

With the election now only six months away, LKP is calling for the following changes:

1. Statutory regulation of property management firms holding hundreds of millions of pounds of leaseholders’ service charge monies, with robust protection of those funds.

2. Immediate ending of forfeiture that gives freeholders inequitable powers to seize leasehold properties and all equity in them in cases of breach of lease.

3. The property tribunal’s unfair cost regime favours freeholders and should be ended.

4. A thorough review is needed as soon as possible of all legislation that impacts on leasehold and produces inefficiencies.

5. Existing legislation that has become out-dated should be subject to review: eg the section 20 major works consultation procedures, and lift some of the regulations imposed on self-governing leaseholder-managed sites.

6. Right to manage by leaseholders is a no-fault procedure introduced in 2002 that is being frustrated or delayed on minor administrative grounds by legal professionals. This should be stopped.

7. Commonhold property tenure (which exists in almost all countries except England and Wales) was introduced in 2002 and should be encouraged – including a deadline after which all new-build flats must be commonhold.

Election: Your chance to ask Theresa May about the leasehold scandals