Donate
You are here: Home / Latest News / Election: Your chance to ask Theresa May about the leasehold scandals 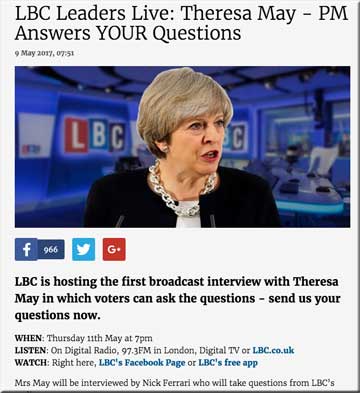 LBC have invited people to email questions for Theresa May for the show at 7pm tomorrow.

How about this for starters:

Housebuilders are building exploitative leasehold houses and flats with outrageous lease terms, such as high and doubling ground rents.

Many have been sold with taxpayers’ help through Help To Buy.

Taylor Wimpey is putting aside £130 million to address disadvantaged buyers; Nationwide decided last week not to lend on these houses and flats.

If re-elected will the Prime Minister commit the next parliament to act on exploitative and predatory abuses in the leasehold housing sector as highlighted by the charity the Leasehold Knowledge Partnership and reported by the All Party Parliamentary Group on leasehold reform.