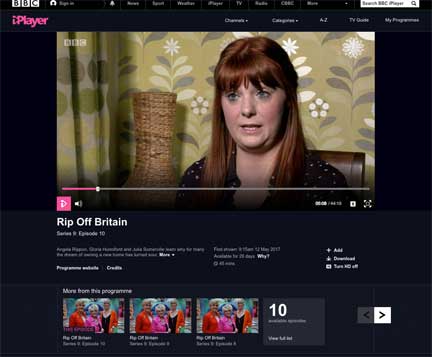 The programme claimed that both firms wrongly informed buyers of the ground rent terms of the leasehold house purchases.

Lisa Roxby, of Taylor Wimpey’s Speakman Gardens in Merseyside, was told her in writing by Bannister Preston solicitors that her £250pa ground rent would double every 25 years.

In fact, it doubles every ten.

Paul Fay, in Manchester, was informed that his £200pa ground rent would increase every 20 years by Cohen Filippini Solicitors.

In fact, it increases every 15 years.

Both firms were recommended by Taylor Wimpey.

Bannister Preston is the legal firm that carried out the most conveyancing of Taylor Wimpey houses in the North West.

The BBC reported that Bannister Preston “could not comment directly as the issue is the subject of civil claims which it would rigorously defend”.

Cohen Filippini Solicitors said that the buyers “were alerted to the ground rent terms”. It added that they were “not uncommon and are offset by house price growth”.

However, Paul Fay told the programme: “They [the solicitors] did not advise us of any negative implications in the lease.”

The programme featured solicitor Gary Rycroft stating that the buyers may wish to take the matter to the Legal Ombudsman.

An alternative course might be a legal action of professional negligence.

The programme wrongly said leasehold house owners down their building but do not own the land the land on which it stands.

That is the origin of ground rents, but long abandoned in leases.

In fact, leasehold house owners don’t own the building either. They own a tenancy, ie time.

This is why they are charged if they want to put on a new porch or front door, or conservatory in an ever expanding list of imaginative consent fees.

Election: Your chance to ask Theresa May about the leasehold scandals
Next Post: After plc housebuilders … here comes bottom feeder Bernie