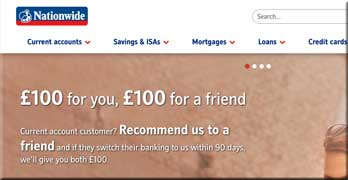 The Nationwide building society – which is one of the top three mortgage providers in the UK – announced today that it will not lend on properties with doubling ground rent.

“Unreasonable multipliers such as doubling every five, ten or fifteen years not allowed. Escalation should instead be linked to a verified index, such as the Retail Price Index,” it says.

It adds: “In addition, the maximum acceptable starting ground rent on all new build leasehold properties will be limited to 0.1 per cent of the property’s value.”

For some unknown reason it also insists that the “minimum acceptable lease term on new build transactions (including office conversions) will be 125 years for flats and 250 years for houses.”

In London, LKP is routinely seeing properties offered for sale with short 125 year leases and ground rents of £300, doubling or increasing with RPI at short intervals.

Obviously, we would urge ending ground rent altogether – it is for no service – and insisting on all new leases being indefinite.

However, we are delighted that Nationwide is addressing this which shows that the leasehold market is auto-correcting.

NATIONWIDE STEPS IN TO PROTECT HOMEOWNERS FROM UNFAIR LEASEHOLD PRACTICES

The Society is the first major lender to impose fairer and more transparent lending conditions on these homes. For valuation purposes on all new mortgage applications on new build properties received from 11 May 2017, the minimum acceptable lease term on new build transactions (including office conversions) will be 125 years for flats and 250 years for houses.

In addition, the maximum acceptable starting ground rent on all new build leasehold properties will be limited to 0.1 per cent of the property’s value.

The ground rent must be reasonable at all times during the lease term, with unreasonable multipliers such as doubling every five, ten or fifteen years not allowed. Escalation should instead be linked to a verified index, such as the Retail Price Index. If the valuer believes the marketability of the property will be severely affected by unreasonable lease terms, they may decline the property, or reflect those terms in the valuation figure they provide to the lender.

Unfair leasehold terms and rapidly increasing ground rents have been the subject of much recent media, political and industry criticism, amid a drive to limit the practice of developers not only unnecessarily offering new build leasehold properties for sale but also in some cases the accompanying sale of those freeholds to third parties.

Robert Stevens, Nationwide’s Head of Property Risk, Data and Strategy, said: “As a mutual building society that looks to protect its members, we have decided to make changes to the way we value new build properties on a leasehold basis. We are doing this to address the practice of using leasehold tenure where this is unnecessary, particularly for new build houses, and to ensure that onerous leasehold terms, including ground rents, are properly considered and controlled in order to safeguard our mortgage members.

“Nationwide is taking a proactive, leading position on this issue to address a significant risk facing our members and to challenge what we believe to be poor practice in the new build market.”

The changes are limited to new applications on new build transactions from 11 May 2017 and will not apply to properties being sold second hand. It will apply to both Nationwide and The Mortgage Works (TMW) mortgage applications.

About Nationwide Building Society:
Nationwide is the world’s largest building society as well as one of the largest savings providers and a top-three provider of mortgages in the UK. It is also a major provider of current accounts, credit cards, ISAs and personal loans. Nationwide has around 15 million customers.

Customers can manage their finances in branch, on the telephone, internet and post. The Society has around 18,000 employees. Nationwide’s head office is in Swindon with administration centres based in Northampton, Bournemouth and Dunfermline. The Society also has a number of call centres across the UK.

All Party Parliamentary Group: this is how to reform leasehold
Next Post: Time to ‘get political about leasehold’, says the Financial Times