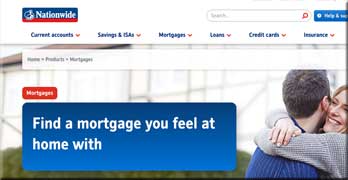 Reports from estate agents and anguished home owners report that the Nationwide building society is refusing mortgages on properties with onerous ground rents.

Similarly, the Council of Mortgage Lenders has raised its concerns with the BBC. Ground rents that may impact on the future affordability of the loans should be reported to lenders.

It stated earlier this month: “Known future ground rent increases would need to be taken into account by lenders in their affordability assessments.”

LKP specifically raised the issue with Nationwide of doubling ground rents – doubling every 10 years with Taylor Wimpey between 2007-2011.

Other developers such as Galliard Homes and Bovis also have doubling ground rents set at every 25 years.

Nationwide replied: “Ground rents, including modern ground rents, at a reasonable level, consistent with local conditions, are acceptable to the society.

“There is no objection to a lease that contains a periodic increase of the ground rent provided the amount of the increase is fixed or readily established and is reasonable.

“If, however, it is considered that there is any escalation in the ground rent, or unreasonable service charges, with particular reference to new build being marketed for the first time now or in the future, that will materially affect the value of the property, it must be reported as unsuitable security.”

The Council of Mortgage Lenders provided a statement to the BBC Radio 4 You and Yours consumer programme earlier this month.

It reads in full: “Recent rule changes in the mortgage market over the past couple of years have made it a requirement for lenders to take account of all known future changes to a borrower’s income and expenditure that could affect the affordability of their mortgage.

“Known future ground rent increases would therefore need to be taken into account by lenders in their affordability assessments.

“It is worth noting, too, that a lender’s risk might also be increased if ground rent values are disputed in the future and the borrower does not pay while in dispute, as in such situations the lease could potentially be forfeited and the lender’s security put at risk.

“Clearly it is therefore helpful to both the owners of leasehold properties and mortgage lenders if ground rent increases are set at levels that will not materially change mortgage affordability in the future and therefore create potential distortions in the availability of mortgage finance on affected properties.”

Please sign this petition calling for an end to leasehold houses: https://you.38degrees.org.uk/petitions/leasehold-new-house-builds

Leasehold rip-offs are ‘legalised extortion’ by housebuilders, says Chartered Institute of Building
Next Post: Taylor Wimpey delays ground rent scandal ‘review’ to April, and hopes, like Mr Micawber, ‘something will turn up’