Donate
You are here: Home / News / Burj Khalifa: Pay the service charges, or we will switch off the lifts

The property managers of the world’s tallest building, the Burj Khalifa in Dubai, have threatened to switch off the lifts if residents won’t pay service charges.

Air conditioning, power and possibly water may follow as a long-standing dispute with residents at the 160-story skyscraper escalated this week.

Emaar Properties, the Dubai developer that runs the tower, warned residents it would shut down building services during a dispute over unpaid fees.

“A circular has been issued to remind and urge residents to pay the service charges to ensure the seamless management of the common areas and other community amenities,” Emaar’s spokesperson told CNN. 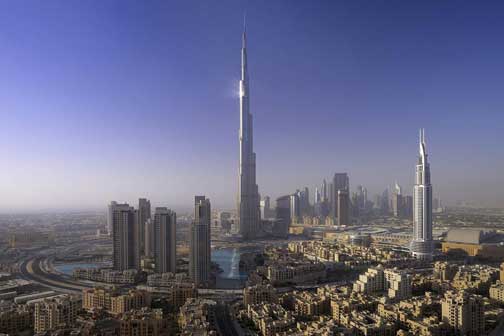 “It was sent after repeated reminders to pay the pending service charges and following multiple attempts to get the attention of the defaulting home-owners,” the spokesperson said.

Emaar says some of the residents have failed to pay their fees since 2012 – and the developer followed through with its pledge restricting some services in the building on Sunday.

Local newspaper The National reported that the developer has disabled residents’ access to communal areas.

In the letter, Emaar cautioned residents that the access cards of those who fail to pay will be disabled and entry to the garage, gym, pool, and tennis courts would be denied.

“Home-owners who have paid service charges will continue to enjoy seamless access to all common area amenities,” Emaar said.

Service charges are a contentious issue in Dubai with many tenants caught in the middle of disputes between the flat owners, who view the fees as too high, and the developers who run the buildings.

The Real Estate Regulatory Agency in Dubai has been trying to enforce tougher regulations that would require developers and landlords to disclose service charges payments before renting their property out.

While Emaar did not disclose the cost of rent in the tower, estate agents offer one bedroom apartments in the building for around $55,000 per year – paid in full, in advance.

The service charges, which are at the center of the dispute, add another $25,000 to the annual bill.

Last year, it was revealed that the tower’s sewage goes straight into lorries as the drainage is inadequate.

Tchenguiz backs down over demanding £5,000 from couple … for a conservatory built more than 20 years ago!
Next Post: Homeowner in Kingston gets £6,000 leasehold insurance premium, with an £10,000 excess if he is flooded