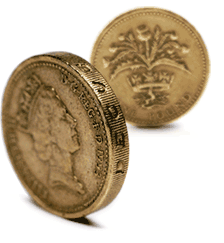 The leasehold sector “is not fit for purpose” and requires immediate regulation that could be paid for by a charge of £2 per leaseholder, according to the CentreForum report published today.

An independent regulator – that is, not one originating from the compromised existing trade bodies in the sector – would ensure all managing agents meet minimum standards of professionalism and competence.

In addition, they would have to be members of an ombudsman service which, unlike that adopted by estate agents, would “deliver public judgements”.

In addition, the Leasehold Valuation Tribunals, where disputes have increased four fold since 2002, should be reformed and “deliver a fairer service”, says the influential think tank which is supported by politicians from all the leading parties.

The Leasehold Knowledge Partnership’s contribution to the report is acknowledged and it is referred to on multiple occasions.

It is also noted that there is near universal support for leasehold regulation, which is opposed solely by Housing Minister Grant Shapps.

The CentreForum report notes the inconsistency of Shapps’ stance given his own enthusiasm for park home regulation, which he is introducing [see earlier LKP post below].

On LVTs, CentreForum says: “The rules on information disclosure should be amended to ensure that all parties have all relevant details in advance of a case. To reduce brinkmanship, freeholders objecting to a Right to Manage (RTM) / lease extension / enfranchisement application should specify grounds for doing so before a leaseholder approaches the tribunal.

“The 20C order, which prevents freeholders from reclaiming their LVT costs
retrospectively through service charges, should be used automatically unless the freeholder can prove that they should be able to reclaim charges.”

The process of right to manage, where leaseholders can take control of management in certain circumstances, should be promoted by putting information notes on all service charge demands.

The threat of property forfeiture by a landlord in a dispute should be removed as “disproportionate”, and property should be sold on the open market if a leaseholder loses a major civil action.

The right of landlords to claim fees for property improvements, such as conservatories and en suite bathrooms, should be ended, unless it can be demonstrated that the works actually reduce a property’s value.

The study urges the adoption of commonhold property tenure rather than perpetuating the problems of leasehold.

“Commonhold – a system of ownership which allows individuals to own properties with common areas in perpetuity and collectively control their management – was created in 2002 but evidence from the Leasehold Knowledge Partnership shows that today only 15 developments use this form of ownership despite its significant advantages. This represents a major market failure. It is almost impossible for existing leasehold properties to convert because they require unanimous leaseholder support and developers prefer to build properties as leasehold rather than commonhold because it is familiar and allows them to sell both the leasehold and freehold.”

Politicians of all parties welcomed the report. 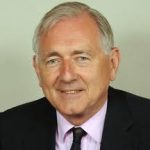 Simon Hughes, MP for Southwark and Bermondsey and Deputy Leader of the Liberal Democrats, said: “Reform of the leasehold system is well overdue. Leaseholders with private and public sector freeholders must be given a greater say in how their homes are managed. I support CentreForum’s report, which offers innovative solutions to improve life for leaseholders.”

Barry Gardiner, Labour MP for Brent North, said: “There is a real sense of growing momentum and cross party consensus on this issue. It is now time to revisit leasehold reform. These proposals would cost the government nothing and would at a stroke transform the lives of millions of leaseholders.”

Mark Field, Conservative MP for Westminster and the City, said: “I have seen relationships between leaseholders and the owners of their freehold that work well. But all too often I am shown instances where the balance of power in those relationships is dangerously out of kilter, delivering hopelessly poor value to leaseholders. I welcome CentreForum’s report, which seeks to address this imbalance in the leasehold system.”

The full report is below
CentreForum

Countdown to a media storm over leasehold

Why has it taken so long to regulate the leasehold sector?